Imagine being able to do the countless quality checks needed within the fruit and vegetable supply chain automatically? This is precisely what an Israeli start-up has achieved. “Our platform is disrupting the $2 trillion Fresh Produce supply chain by creating the world’s first automatic QC and data analytics platform”, says Elad Mardix, Clarifruit’s President. Clarifruit is an automatic Quality-Control (QC) & data analytics platform for the Fresh Produce industry. 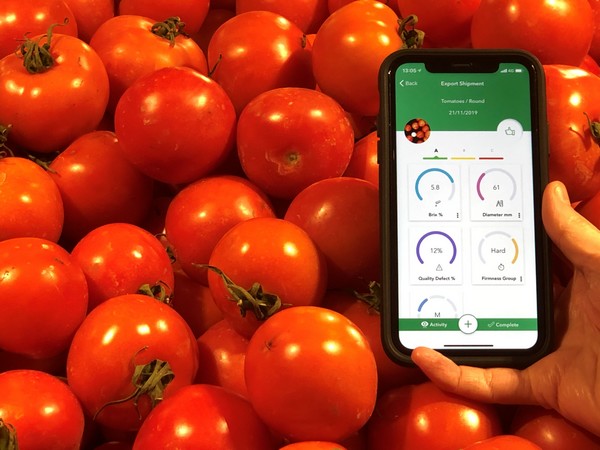 Clarifruit has just announced a US$6 million seed round of financing. The round is led by Firstime Ventures, with the participation of other private investors. The capital raise includes a $US2.5 million grant from the European Union Horizon 2020 EIC program. This program focuses on accelerating the growth of European companies with ground-breaking innovations.

Clarifruit’s QC platform can automatically identify, collect, and analyze real-time data about the fresh produce external and internal attributes.  Solution results in objective, consistent, and cost-effective inspection that not only increases inspector productivity by x3 and reduces customer's current waste, but also empowers the world’s Fresh Produce growers, wholesalers, and retailers to make decisions based on high-quality data, resulting in better match of quality of supply to customer demand and ultimately favorable revenue opportunities.

Software and fresh produce have a lot in common…
Elad’s partner, Avi Schwartzer, came up with the idea in 2017. Schwartzer is Clarifruit’s co-founder and CEO. “He is the product visionary,” says Elad. Avi used to run the world’s largest QC testing product for the software world at HP. In the late 90s  software was checked manually before it was distributed.  An Israeli company named Mercury invented the automatic QC testing software. HP acquired this company in the mid-2000s for $4.5 billion. Avi recognized that software and fresh produce are very similar merchandises.

“Both are constantly changing, and their quality need to be tested on an almost daily basis (as opposed to, for example, a cellphone whose quality does not change, even after three weeks in a container from China). This constant change in quality requires a continuous testing process. It has to be consistent, quick, and very cost-effective. When Avi and management team dug into the Fresh Produce supply-chain, we discovered that there is a much bigger problem in this industry -  a 45% waste along the supply chain.” 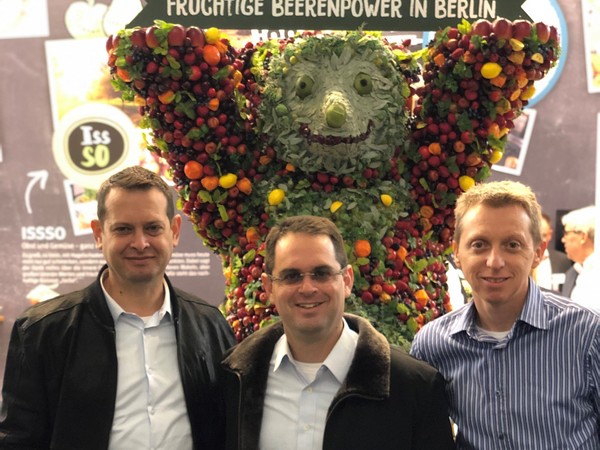 “There are a lot of different reasons for this massive waste. There are also many market failures along the chain. At the end of the day, there were two common denominators - a  lack of objective and consistent quality standards across the supply chain. This causes a lot of friction and rejections. There is also limited hard-data upon which to make decisions.” Mardix continues.

One example of a key market failure is the fact the product prices are determined by the buyer, post-shipment. Out of approximately 400 million transactions in the industry annually, five percent are being completely rejected. Another 20% are re-negotiated for price, due to quality mismatch. This statistic represents a significant margin loss for the wholesaler. For the grower, however, it likely represents a whole season of crop and family livelihood that just went to the drain for that particular one farmer.

“The thought was that if we can create a software platform that can automate the entire QC process, then we can help the supply-chain (a) digitize and automate the data collection process at the inspector side (b) create consistent and objective quality standards that would help reduce rejections, “price adjustment” discussions, and ultimately waste across supply-chain (c) empower the players to use hard-data to make decisions that would help them maximize billable revenue with their customers.” the company president says.

“Clarifruit has built the only end-to-end automatic QC platform in the market, offering both automated, mobile data collection for the QC inspector as well as QC analytics for the Sales and Operational organization”, said Avi. “Other key differentiators are our proprietary technologies. These include a patented, deep-learning computer vision engine. The rating algorithm leverages an ever-growing big data of produce photos and attributes.”

Target customers & use case
“We are currently targeting the professional part of the supply-chain, from the growers, through the wholesalers/marketing platforms, to the retailers ,” says Elad. “Ultimately, we will target the entire supply chain, including the consumer. However, we believe that the right time to target consumers would be when the smartphone cameras would be able to identify all relevant attributes, including internal. We are probably still a few, good years away from that point.“

“Some of the retailers we are currently engaged with use our app for some testing on products where they do not have to measure internal attributes, like tomatoes. There we can give them a solution that measures external attributes such as defects, color, and size through our proprietary computer-vision technology. To measure internal attributes, we wirelessly integrate with existing third-party devices. As long as the device - any device that the industry uses - has a wireless protocol, which all of the newer devices have, we can integrate with it.”

The external attributes analysis is done instantly through the Clarifruit computer-vision technology. “Analysis of the relevant internal attributes, depending on produce category or client demand, can be transmitted wirelessly into our device. Eventually, we analyze all of the information in the cloud and it is then turned into a grade within a few seconds.” 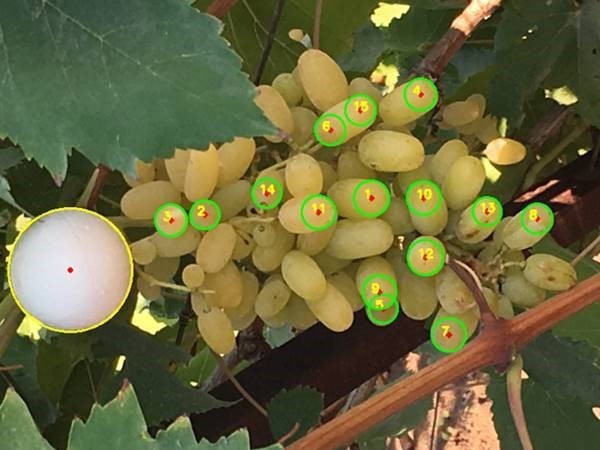 There are more than a billion QC tests being performed across the supply chain today. In addition to the sorting machine in the packing house, there are between six to eight points in the supply chain where produce’s quality is being inspected, on a sample level. This starts at the pre-harvest stage; then there is post-harvest, before the product enters the the packing house (“in-take”). Then the product goes through the sorting machine and get packaged, and inspected again (“final product”) before it is shipped to, for instance, the retailer. At the retailer stage, it is inspected again at the port, at the receiving dock of a distribution center, at the coolers, and again at the outbound docks of a distribution center before the goods are sent to front store.

And those tests are being done manually. “That is the problem we are trying to solve. The entire supply-chain is performing their QC in the same way they have in the last 100 years - collecting the data manually and potentially typing it up to an Excel or an electronic-form. The problem with that is that the process is subjective, inconsistent, and expensive - it costs $6-$8 per test-  and the data remains mostly local,” Mardix says.

Clarifruit currently has more than 15 customers globally. These are primarily wholesalers. Four have already completed successful pilots. “They are already in what we call production mode,” explains Elad. “They are using Clarifurit’s QC platform across their entire operation. Rest of our customers are in different stages of pilot projects. We expect these customers to move into production phase by the end of their seasons”

“Our focus has been on working with top-five wholesalers in any given produce category so we develop best-in-class inspection process and quality-standards for each produce category. Ultimately, the largest opportunity lies with the retailers who perform much higher volume of fruit and vegetables inspections than any individual wholesaler." 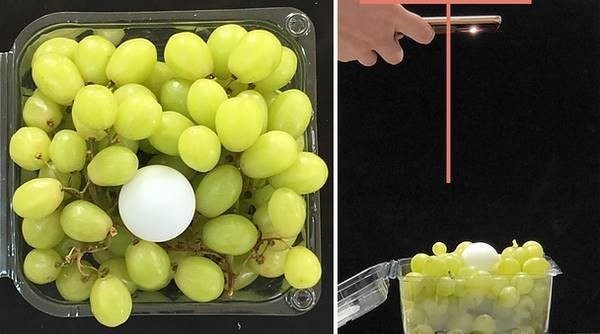 Lightning-quick inspection process
“Our goal at the end of the day, from a technological perspective, is to develop a platform that allows you to analyze all the relevant data - whether it is external or internal attributes - for fruit and vegetable through a picture only,” Elad says. “There will be a step in the middle, where we are to try and reduce the process to only two devices for our professional users. One is our app. The other device should be a device which preferably uses infrared technology and will check all the internal aspects. This will make the whole inspection process very quick.”

Today it takes on average 40 minutes, believe it or not, to complete a QC check and generate a report on many produce categories. We think we can get that down to less than a minute. That is once we get to the stage when you can work with our app and only one other device. We really want to help the players in the Fresh Produce supply chain move into the 21st century.  The belief is that we can ultimately help reduce waste while helping growers and wholesalers maximize their growth opportunities.

Jonathan Ben-Artzi, Managing Partner at Firstime VC says: “Clarifruit's technology revolutionizes the Fresh Produce market, and is currently focused on the fruit and vegetable categories. Clarifruit's solution aligns well with the new Retail industry trends where speed and quality represent fundamental success factors. We expect the company to be a driving force of those new trends marking the global food industry. “

“The meaningful grant received from the European Union Horizon 2020 program serves as a significant validation of Clarfiruit’s differentiated value proposition and the opportunity to help save some of the enormous waste that exists in the global supply chain. We intend to use those proceeds, together with the new equity infusion, to further develop our next-gen, automatic QC offering as well expand our market traction across Europe, the Americas, and Asia,” concludes Elad.

Clarifruit will be in CityCube – C-14d at Fruit Logistica in Germany next week. This trade show will be held from 5 to 7 February.