"The past year has not been easy for Consorzio Bia and its associates. The turnover grew by 4%, not a positive thing if we consider the double-digit growth of the two prior years. What is more, some businesses have grown well while others suffered," explains Antonio Fricano, president of Consorzio BIA. 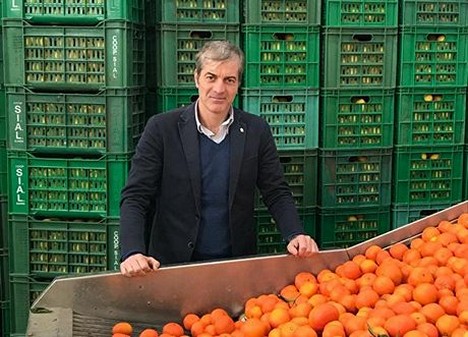 "In 2019, we have not managed to replicate the exceptional growth of 2017 and 2018. This is not at all due to the lack of clients or to a negative consumption trend, as we strengthened our relations with historic clients and acquired new important partners. The problem was mainly of climatic origin, as the weather caused disasters various times during the year."

"The main episode affected the cherry campaign - one of our partners with over thirty hectares of organic production in Puglia had to destine almost the entire production to the local market because the abnormal rain and cold temperatures in May seriously compromised the quality of the produce. The same happened to the early summer fruit in mid-May/early June."

Sicilian vegetables have also dealt with difficulties due to the unusual temperature changes and actual floods. Just think about the 350 mm of rain that fell over just two days in the Ragusa province in the fall.

"My company suffered as well because of the extreme heat and drought in summer-fall. I remember that, on September 26th, the day we held our shareholders meeting in Bagheria (PA), the temperature was 38°C. Of course this delayed the citrus fruit campaign by over a month. The produce lacked between October and December and it cost us dearly, especially when it came to lemons."

"There were indeed difficulties, but a +4% growth is not all bad. The Consortium strengthened its organisational structure and developed new relations with important Italian and foreign clients. Unfortunately, it will be difficult to forget such extreme events in the future, as I am afraid they will repeat. Climate change is making itself heard."

What are the future challenges for Consorzio BIA?
"In the near future, we can say BIA will attend Fruit Logistica in Hall 4.2/Stand B-09, where we hope to meet known and potential clients to talk about our current and future work. In addition, we are trying to develop the organic market in southern Italy. We believe that the time is right and that, thanks to its companies in Sicily, Calabria, Puglia and Campania, BIA has all it takes to become the leading operators in the south. I believe there will be great news by the end of the year."