TopFruit and ARRA hosted two recent field days for grape growers to present already commercially planted varieties, as well as introduce growers to new varieties in test blocks. The main aims of ARRA™ varieties grown commercially in South Africa and Namibia are that the varieties should have low production costs and be easy to produce. 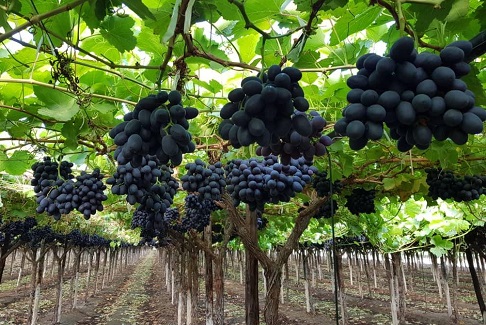 In the Augrabies region by the Orange River growers came from as far afield as the Western Cape to Sweet Sensation Farm during the early harvest in November last year to meet with the ARRA™ master licensee, of the ARRA™ varieties, Grapa Varieties Ltd. Shortly after New Year, the varieties were also on show at Môreson Farm in the Hex River Valley, Western Cape.

TopFruit presented two new varieties, ARRA 33 and ARRA 8A-19+4, both are expected to do very well in the table grape and raisin industries respectively.

“On the day, ARRA 33, a very early white seedless variety, enjoyed most of the attention given the fact that the grapes have excellent taste, good berry size and a crunchy texture. This variety has a low labour input which falls in line with the other ARRA™ varieties all being low on labour costs. Due to the timing of when ARRA 33 ripens, it could be a very good contender for the replacement of other early white varieties which have higher production costs and are more labour intensive,” says the TopFruit table grape technical team. 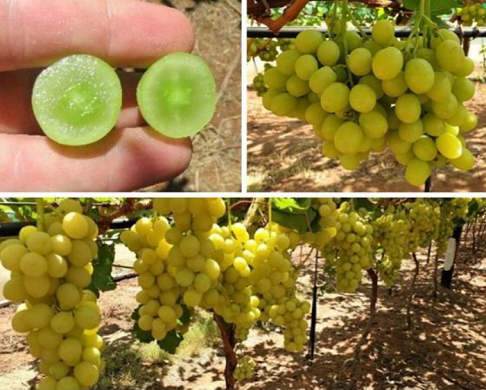 They note that this season the ARRA™ varieties showcased at the field days were all of exceptional quality due to the focused attention to detail on the part of producers. “This included utilising the technical help on offer from the TopFruit technical team as well as referring to the TopFruit protocol booklet; this is readily available to all producers.” 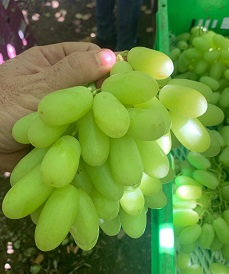 They further emphasise that the technical assistance offered by TopFruit to producers is of great value to ensure the best possible production according to the protocols set up by the TopFruit team, which leads to an increase in the quality of the ARRA™ varieties (right: ARRA 15 or ARRA Sweeties™ , a variety that impressed with its berry size).

In Namibia some farms had a lower yield as the season started two weeks earlier than usual, but quality remained excellent for the ARRA™ varieties, the company says.

The ARRA 8A-19+4 variety is currently being tested to establish its versatility for raisin production. “The variety is completely sterile with 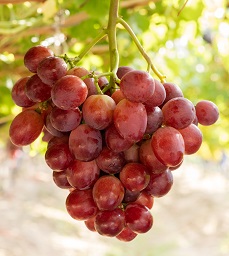 no seed trace and has a naturally large berry size, so the odds are in its favour to produce golden jumbo raisins. This variety is also very fertile and again falls in line with the low labour requirements.”

Plantings of ARRA™ varieties are showing a steady increase in South Africa and around 600,000 vines were planted in 2019 of which most was ARRA 29 (ARRA Passion Fire™ , pictured right) as a replacement of Flame.

Growers are welcome to arrange a visit to the TopFruit Western Cape test block at any time.