Over the next two weeks, Portugal Fresh, Associação para a Promoção das Frutas, Legumes e Flores de Portugal (Association for the Promotion of Portuguese Fruits, Vegetables and Flowers) is travelling to Germany for an initiative to promote Portuguese products, through its presence at two of the major global trade fairs for this sector.

The first stop will be Essen, where IPM Essen, specialised in flowers and plants, will be taking place from tomorrow through to 31st January. Four Portuguese producers of plants and flowers will be part of Portugal Fresh’s stand at the fair, where 53 thousand professional visitors are expected. There will be an official visit from Nuno Russo, Portuguese Secretary of State for Agriculture and Rural Development, who will travel to the fair on 29th January and will also be present at the dinner of the Portuguese delegation. 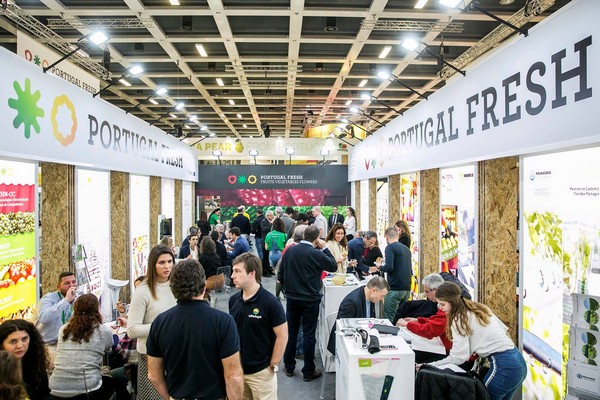 About one week later, from 5th to 7th February, Fruit Logistica in Berlin will kick off, which is one of the biggest in the world, with 78 thousand visitors from 140 countries. 32 companies, organisations and partners will be represented at Portugal Fresh’s stand, with a history of more than ten years’ presence at this showcase, which takes place every year in the German capital.

Germany, the biggest European economy, is the main importer of fruits, vegetables and flowers from the EU, and the fifth biggest Portuguese export destination for these products, after Spain (number one) France, the Netherlands and the United Kingdom.

Gonçalo Santos Andrade, executive chairman of Portugal Fresh highlights: “Germany is a strategic destination for the export of fruits, vegetables and flowers and has been increasing its sourcing of Portuguese products every year, especially berries and Rocha pears. But these international fairs are also the ideal venue for contacting clients from other countries and showing the potential of our increasingly diversified production.”