Brewer Mike Webster said his seasonal beverage, the Beauy and Blue Spiced Pumpkin Ale harnessed the flavours of the Beaudesert Blue pumpkin, reportedly created in the Scenic Rim in the 1920s by crossing seeds of the ironbark, button and crown varieties.

Webster said collaborating with local producers to showcase the Scenic Rim flavours was at the heart of Eat Local Week for him: "After last year's successful milk stout collaboration and sourcing lactose from local dairy and sheep farms, we sought to find another passionate farmer to explore new flavours with. These great eating pumpkins have been developed and grown specially in the region. We love the colour of the skin and had to ensure the beer's name honoured this." 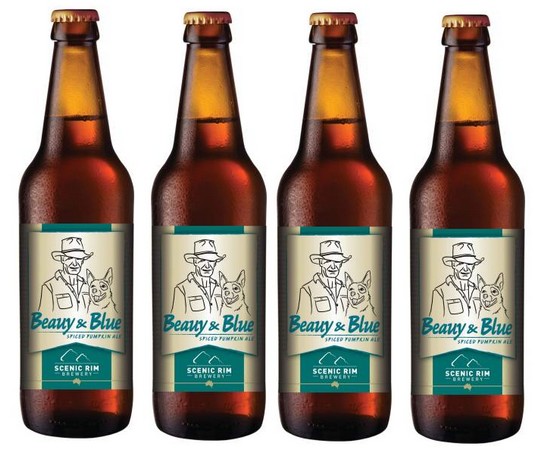 Oppermann told goodfruitandvegetables.com.au it was a great collaboration to be a part of: "We're happy that our pumpkins, grown in Coochin, are being used at the Scenic Rim Brewery just down the road to make this new beer. You can't get much more local than that.”

Webster said the Beauy & Blue was an easy-drinking pale ale with character: "All our beers feature different larrikins on their labels. Beauy & Blue are great local larrikins to add to the collection. Beauy is your quintessential salt of the earth farmer, and Blue, his ever loyal sidekick. They're a pair you'd expect to meet in any small town.“