According to estimates from the Valencian Association of Agricultural Producers (AVA-ASAJA), storm Gloria has caused economic losses totaling over 62.6 million Euro to the Region of Valencia's agricultural sector. Citrus crops, agricultural infrastructure and seasonal vegetables have taken the worst part of a storm that has caused damage by wind, cold, rainfall and hail, mainly in the regions of La Ribera, L'Horta Sud, La Safor and La Marina.

The initial assessment, carried out by AVA-ASAJA after collecting information from producers and agricultural insurance partners, estimates the citrus losses at 46.5 million Euro. Of these, 39.6 million correspond to fruits thrown to the ground due to strong wind gusts (a total of 132,000 tons). In some plots, up to 80% of the production that had yet to be harvested has been damaged. Floods and water accumulation in the fields, aggravated by river overflows, account for 4.7 million in losses affecting 500 hectares. This has caused the loss of whole crops, and in the most dramatic cases, even the future death of the trees. Lastly, hail has caused damages in about a thousand hectares, mainly in La Ribera, L’Horta Sud and La Safor, with an average of 30% of the harvest affected and 2.2 million Euro in losses. 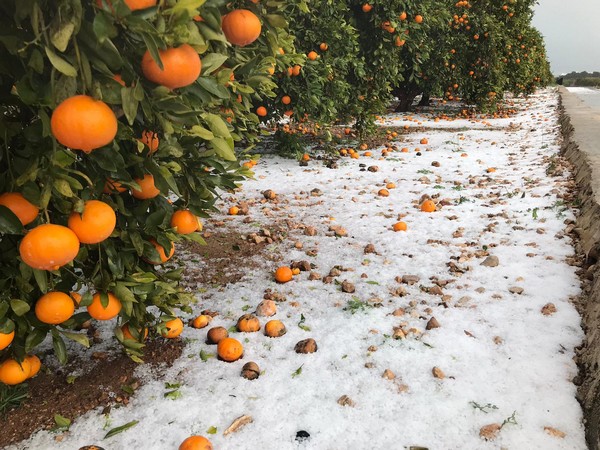 AVA-ASAJA also expects more than 7,000 hectares of vegetables to have been affected by the storm in the Region of Valencia, including cabbage, lettuce, artichokes, onions and potatoes. The total value of the losses in the horticultural sector exceed 3.1 million Euro, taking into account both the phytosanitary treatments and the necessary replanting (2.1 million Euro) and the damages caused by hail on some 100 hectares (1 million Euro) .

As far as agricultural infrastructure is concerned, the losses are estimated at 11.8 million Euro. The storm has partially or totally destroyed some 600 hectares of greenhouses, nurseries and meshes, which translates into nine million in damages. In addition, the repair of margins, walls, agricultural warehouses, as well as the replacement of irrigation systems, will cost another 2.8 million. 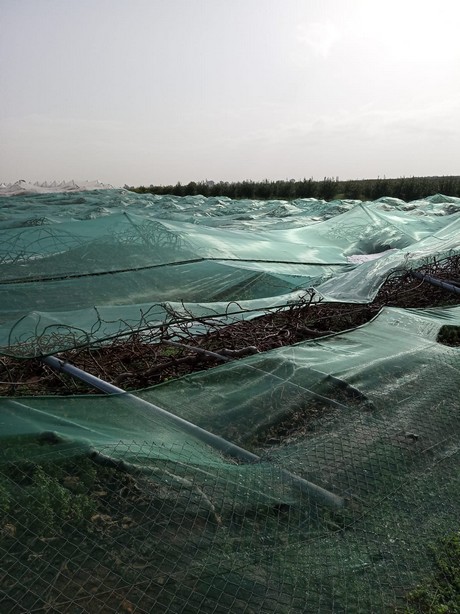 AVA-ASAJA warns that this is just a conservative estimate and that the damages will likely be greater. Thus, the association is asking the administrations both for direct aid to alleviate the losses of the producers affected, as well as for tax advantages.