Trends in the onion (world) market:

Onions are an integral part of the diet in many countries of the world, although they may vary in size. Growth is also being recorded in Germany. In addition to crop protection, the market side of onions was also examined in greater detail at the Onion Forum 2020. From trends in Germany, Dutch exports, developments in South America and new storage technology, there was something for everyone. 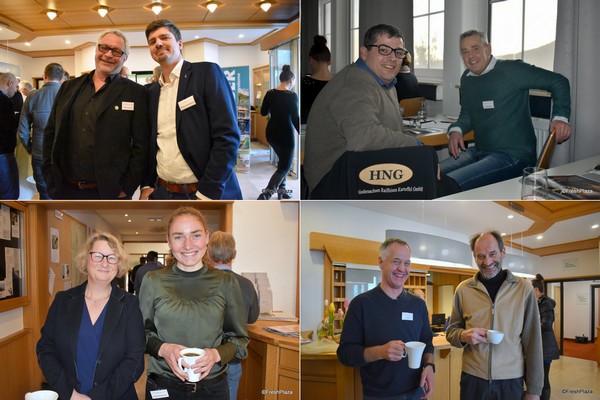 Sonja Illert from Agrarmarkt Informations-Gesellschaft mbH (AMI) was the first to say: "People often hear that the tomato assortment is too big. For onions, it is usually even bigger." At every food POS there are onions, often divided into special varieties, brands and packaging. In addition, the popularity of bunches of onions is growing.

As far as red onions are concerned, the share in cultivation is still quite small. In general, there is little data on the subdivision of different varieties on a global level. "The Netherlands and Great Britain are the leaders in the area under cultivation for red onions, but there is also a lot going on in Germany. There is now an area of 820 ha (as of 2019), which is about 7.4% of the total area," Illert said. 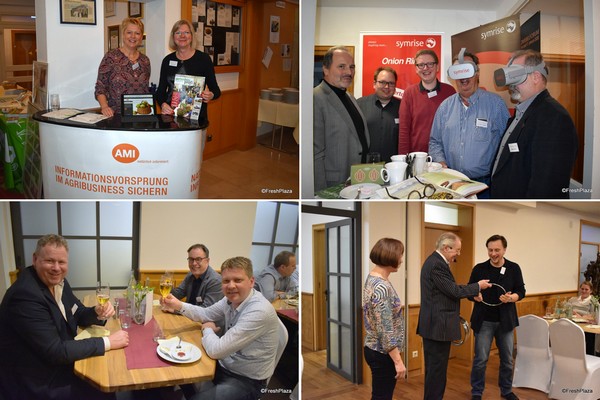 In view of the increasing demand for red varieties, supply is scarce and prices are high. The export ban from India was playing into the cards here, but was opening up markets for the Netherlands in Asia. "We continue to expect scarce quantities of red onions. The most important overseas partner for Germany is New Zealand, where no significant increase in area has been reported this season. An aggravating factor was the switch to exclusively organic-quality red onions at discount giant Aldi Süd: "That came as a surprise and there aren't many organic red onions available in Germany anyway. Prices went up and availability was low - in the end, the demand was covered by goods from the Netherlands".

Illert's presentation stimulated a number of discussions on various topics. Some participants wondered whether long-term storage or import was more environmentally friendly in the case of onions. The calculation of these values was difficult and the consumer was uncertain: "It must be better communicated that regional is not always better. Consumers do not know whose information they can believe," said the audience. There was also a sense of resentment about price speculation; on the one hand in the import sector but also among German marketers and processors.

Daniel Rogério Schmitt (Governo do Estado de Santa Catarine) gave the participants an insight into the onion industry in South America and especially Brazil. He said that Brazil is a large production country, but does not mix in the market: "The cultivated quantities are not sufficient to supply the domestic market, so large quantities are still imported, especially from the Netherlands". Here, the return freight is used to their own advantage: fruit is exported from Brazil to Holland and on the way back onions are brought to Brazil. This is cheaper and more efficient: "It's cheaper to send a container of onions to Brazil than to Paris." 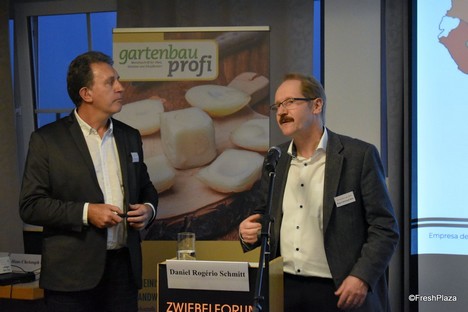 Technical progress is ensuring ever greater yields on a diminishing area, but storage capacities still leave much to be desired. "That's the crux of the matter - especially with our damp heat climate, investments are still needed here."

Gijsbrecht Gunter from the Holland Onion Association spoke about the influence of the Netherlands on the onion world market - and an anti-globalisation trend. "Politics can hinder the onion trade, even if this product rarely has anything to do with the differences between countries." 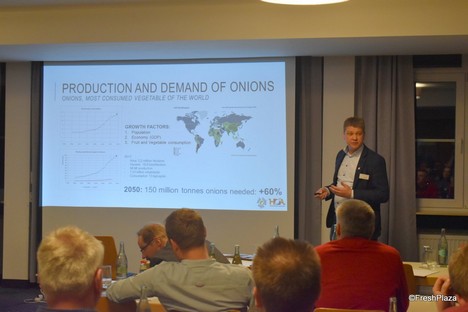 Onions are the most consumed vegetable in the world and at the same time there is only a small area where onions can be grown all year round. "With the growing world population and popularity of onions, we expect consumption to grow by 60% by 2050," he said, adding that 95% of Dutch production destined for export could thus help to feed the world's population. Gunter presented various export destinations for the product and their respective specifications for the onions to further illustrate the opportunities and problems in trade. 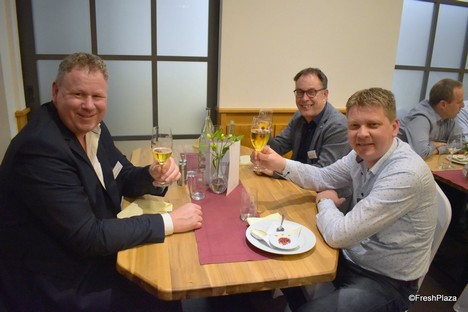 Good storage technology is crucial for the quality of onions on the market. Henk Tebben from Engie Refrigeration presented the company's condensation technology for this purpose and met with great interest from the participants. The condensation technology enables drying and storage without dependence on outside air - which makes the solution particularly energy-efficient. This makes it possible to deal with the most important trends for the onion and vegetable industry in general: higher quality requirements, more unpredictable weather and sustainability. "The drying process uses the onion's energy, making the plant almost energy neutral".