Storm Gloria: "Some say that about 80% of citrus in Valencia has been lost"

Road AP-7 between the Catalan towns of Figueres and La Jonquera, in the province of Girona, has reopened after being cut for 12 hours. This is also the case of the A-23 between Teruel and Zaragoza.

According to the Servei Català de Trànsit (SCT) and Abertis, "traffic has been restored and is back to normal," also in a section of the N-II national road in the province of Gerona where numerous traffic jams were reported on Tuesday due to snow and rains.

Many floods were reported in Alto Ampurdán and the area has suffered power outages. 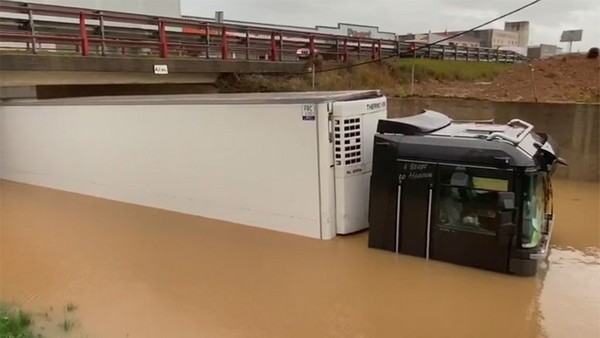 Truck trapped in Vilamalla, in the province of Girona

"It is advisable to exercise caution and avoid driving without first checking the current state of the roads, as well as the weather forecast. Furthermore, the use of snow chains is recommended or mandatory in certain areas," said the service for citizen support.

On Wednesday, the city of Girona remained on alert due to the threat of the Onyar River overflowing. 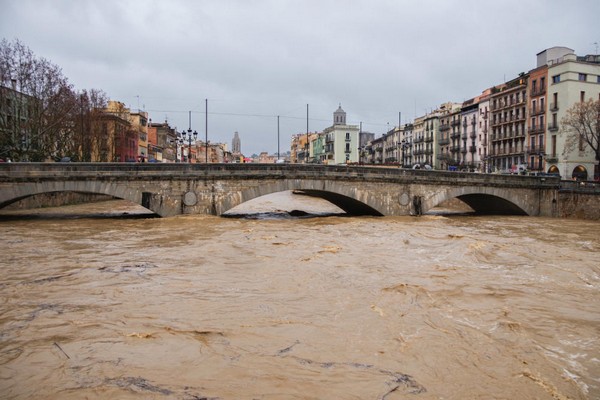 Onyar river in the city of Girona

Salvador Ribes Ibáñez, head of the commercial transport service Betrex, talked about the extreme rains that have hit the Valencia area. "In our case, we have had to deal with delays, and the number of shipments has been reduced. Fewer trucks have left.”

"We have two corridors to get Spanish goods to Europe: the Mediterranean, which suffered retentions due to snow in La Jonquera, and the one connecting Valencia to Irún, where many trucks have been retained in Calamocha. We are able to monitor the status of each truck in real time, although it is almost never necessary, except in cases of extraordinary conditions, like the current one,” says Salvador.

Speaking of losses, the Betrex company, based in Valencia, is following the local news. “In Valencia, we are hearing producers say that up to 80% of the citrus fruit production may be lost. We are not simply talking about the fruit's appearance being affected, since in many cases the oranges have ended up on the ground,” says the head.

“These are force majeure cases and our customers are understanding. A truck may get held up for 24 hours, but the customer knows that we are powerless to change reality and accepts it,” says Salvador Ribes.

“It is true that day-to-day logistics can be complicated and that you could be called at 4:00 pm to load 6 pallets within a few hours. Groupage shipments are among the most challenging, as they require impeccable and elaborate coordination and organization. This is the current trend of agro-food transport.

Betrex works with a stable client portfolio that allows us to know their needs well. Many times we go ahead and call our clients asking for their plans; we ask them if they intend to make a given regular order. It is an advantage that allows us to work smoothly, even when traffic is jammed,” said Salvador Ribes.