David vs. Goliath
MightyVine was established five years ago and has held a registered trademark on its name since 2016 while Mastronardi filed a trademark application for Tiny Mighty Tomatoes in April 2018. The company is asking Mastronardi Produce to cease using the term ‘Mighty’. “As is stated in our court filing, it is confusing to see MightyVine Tomatoes and Tiny Mighty Tomatoes next to each other on the shelf,” says Gary Lazarski, CEO of MightyVine. “Over the past five years, we’ve worked very hard to build the brand and we owe it to our investors to protect it,” he added. “It’s truly a David vs. Goliath story. Sunset is probably the largest marketer of hydroponic tomatoes in North America with 4,000 acres. We’re a small farm just trying to protect our brand.” 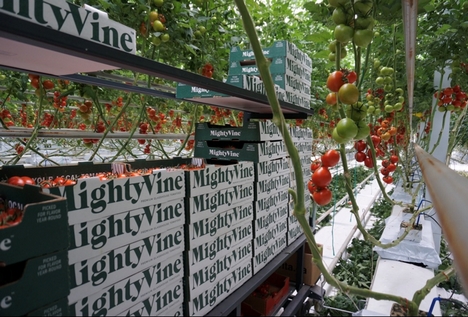 MightyVine says it sent a cease-and-desist letter to Mastronardi in June. Sunset responded, declining to abide by its demands. Mastronardi also failed to cease using the term “Mighty” in response to a second letter sent in September, according to Lazarski.

Julia Shreve, director of marketing at Mastronardi Produce, said of the suit: “We believe it is without merit and we will vigorously defend our intellectual property rights.”

MightyVine, founded in 2015, started as a 7.5-acre greenhouse and has expanded to 22.5 acres. The company has been able to expand its distribution from the Chicago area into the US East Coast.