Frieda Caplan, the "Kiwi Queen," passes away at age 96

On Saturday, January 18th, Frieda Rapoport Caplan passed away at the age of 96, following a brief illness.

Frieda was an incredibly vibrant woman her entire life and most recently received the Center for Growing Talent Catalyst Award which she accepted in person October 2019 during the Produce Marketing Association Convention in Anaheim. Keynote speaker Queen Latifah saluted the Kiwi Queen when she took the stage.

Caplan went by many names, among which was the title “Kiwi Queen” which was given to her for her role in making kiwi fruit a household staple in the United States, and even across the world. How did she do this? By bringing them in from New Zealand not under their original name “Chinese Gooseberry” but by renaming them as kiwi fruit. Caplan said of this decision: “Because kiwis are the national bird of New Zealand, and they looked just like a kiwi bird.” 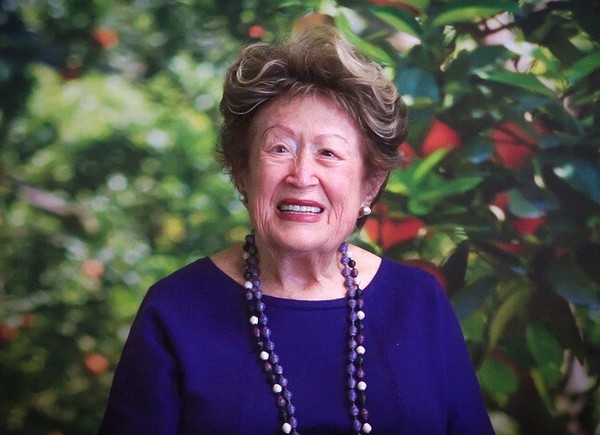 Frieda began her career in produce by working for Giumarra Brothers on the 7th street wholesale produce market (the company was managed by her husbands’ aunt and uncle). After a few years, the landlord of the produce market, the Southern Pacific Railroad, encouraged her to start her own business.

In 1962, Frieda Caplan opened a wholesale produce company, now called Frieda’s and became the first woman in the United States to do so. The company’s focus lay on specialty products, and Caplan played an important role in introducing many now-well-known items to the American market. Caplan’s efforts changed the produce aisles of U.S. grocery stores, and transformed the eating habits of the general American.

Among the fruits and vegetables Caplan has introduced to the U.S. are: kiwis, mangoes, habanero and shishito peppers, passion fruit, bean and alfalfa sprouts, baby carrots, sugar snap peas, star fruit, blood oranges, shiitake mushrooms, turmeric and hundreds of other fruits and vegetables, according to the Los Angeles Times.

In 1990, Caplan made it to a Times list of 12 Californians who shaped American companies in the 1980s. Steve Jobs and Jane Fonda accompanied her on this list.

Cathy Burns, CEO of the Produce Marketing Association said of Caplan’s passing: “As a female business owner in an overwhelmingly male-oriented industry, Frieda provided an example to many aspiring women executives and, in conversations we shared, it was very apparent she always had an open door to those seeking a mentor and guidance. She also delighted in the fact that her daughters and granddaughter were carrying forward the torch she lit when she founded Frieda’s, Inc. in 1962.

Throughout her career, Frieda has been described as a fearless entrepreneur, product innovator, produce pioneer, trailblazer, icon, and vanguard. She is all these accolades to others and me, but most of all I am incredibly blessed and proud to have called her a friend. PMA joins the Caplan and Frieda’s families in mourning the loss of their matriarch.”

The company is family-run, and Caplan’s daughters, Karen Caplan and Jackie Caplan Wiggins currently hold the positions of president and CEO, and COO, respectively.

CBS correspondent Rita Braver asked Caplan in an interview what she hopes will be her legacy: "What do you want people to say about you, after you're gone?"

"I feel healthy because of Frieda," she replied.