Fruit Vandepoel has been marketing the French apple, De Violéta, for nine years now. They have had positive reactions. The company has, therefore, included these apples as a permanent part of their range. This was done several years ago. Fruit Vandepoel is also the exclusive De Violéta distributor in Belgium.

“We started selling these apples last week again," says this company's owner, Guy Claessens. “This year, we can offer this apple from January to August/September. This is in contrast to years ago. Before, they were only available from April onwards." 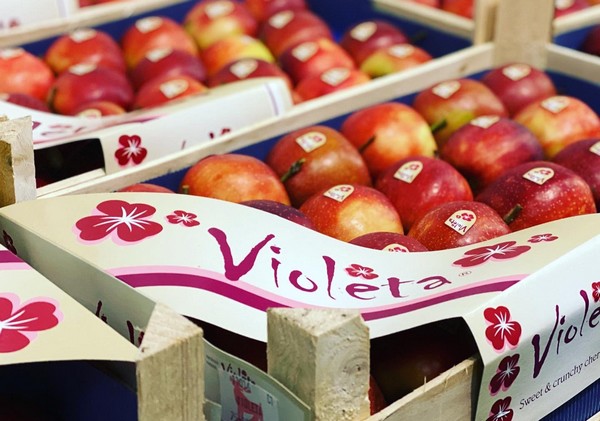 De Violéta apples were developed in Belgium. They are, however, cultivated in the French Champagne region. "This apple derives its name from its cherry color. The rich lime soil found in Northern France adds to this apple's crunchy structure. It also contributes to its nice sweet and sour ratio. De Violétas not only looks and tastes good. They remain moist and hard for a long time too. That ensures that the apple stays crisp and tasty for a long time. This allows De Violéta to distinguish itself well from other apples," says Guy. 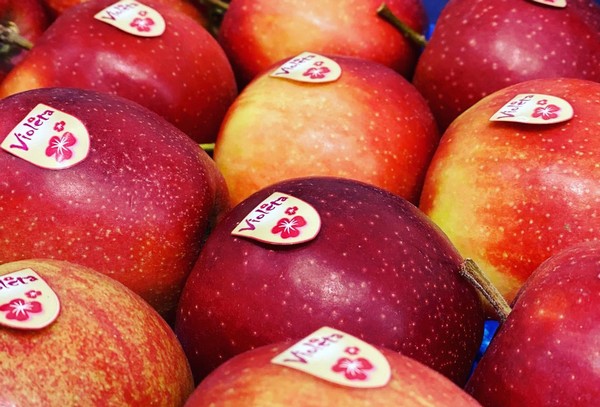 Valentines
“De Violéta apples have a slightly higher-than-average price. But they are still very affordable. This makes this apple very attractive for retailers who want to expand their range. Last year, we sold 40,000 kg. And this year, we have a nice volume available again," says Guy. "We will have a promotion around Valentine's Day for retailers. The apples nice red/purple color lends itself well to this. We have beautiful packaging that suits this special day well." 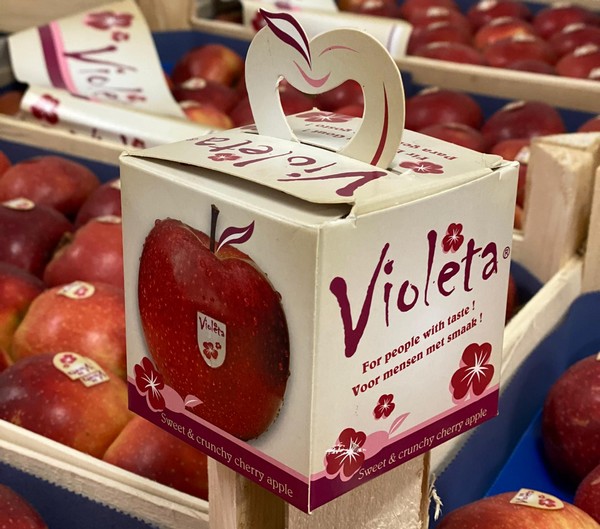 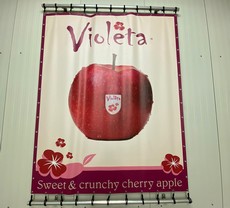 Fruit Vandepoel does not only sell De Violétas. They also have other French varieties in their range. "We have Belgian apples under our La Fleur Magique label. But we also have several French varieties. We have noticed that the better retailers all want a French apple in their assortment. After all, when it comes to presentation, a French apple does better than a Belgian one," concludes Guy.