es the direction of the legislation prioritising environmental enhancement but warns the prospect of trading arrangements allowing lower standards threatens to jeopardise the opportunities on offer in the new Bill.

“An Agriculture Bill that puts improving the environment at its core is to be applauded, but we desperately need to understand if future UK trading arrangements will help or hinder the opportunities offered within it,” says Roger Kerr, chief executive at OF&G, the first body approved by Defra to certify UK organic. 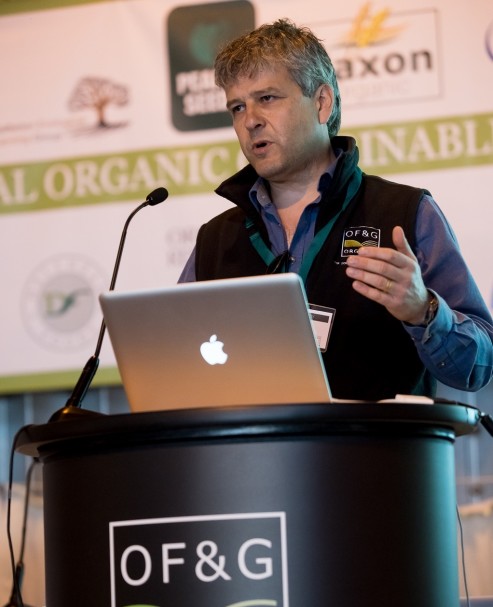 “Crucially, the Bill doesn’t clarify whether trade deals will be prevented that allow the import of food produced to lower standards than those adhered to in the UK. And while there is reference to welfare standards, it’s imperative to ensure that farm businesses delivering the highest environmental outcomes, like in organic production, are not penalised and will continue to thrive."

“This is under threat if new trade agreements fail to preserve our internationally recognised high standards – this is where there’s a risk that the Agriculture Bill will back-fire.”

Mr Kerr points out that organic and ‘land sharing’ principles have a lot of the answers the new Bill seeks to achieve, but it is critical that all market opportunities are maintained. “If organic standards are amended without considering the trade implications this could negatively impact on UK exports.

“There are currently over 80 national standards and a higher number of private and voluntary standards worldwide. However, there are just two single organic trading standards for the two major world markets for organic products (US and EU).”

“These two markets represent huge opportunity for UK business, but government must recognise the need for standards parity to access them. This currently exists and must be maintained,” he concludes.