“It’s been a great California citrus season so far, and we’ve just entered the high flavor part of the season.”

So says Bianca Kaprielian of Fruit World Co. Inc. in Reedley, Ca., and the good season is especially welcome after challenges last year. “We had a lot of challenges, primarily due to the heavy rains last season. We’ve had a fair amount of rain over the past few months, but we haven’t been inundated like last season which was so hard on the fruit, especially on the organic fruit,” says Kaprielian.

MANDARINS: Fruit World has just wrapped up its conventional and organic clementine crops, the latter of which was the largest crop it has seen. It’s now moved into conventional and organic Page mandarins. “There are strong supplies,” says Kaprielian. “Industry wide we are hearing and seeing that fruit is peaking on the small side this season. But we’re finding we are getting prime sizing.” 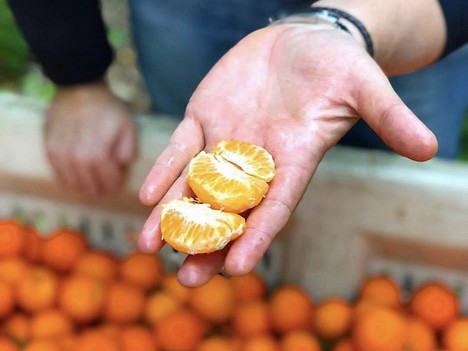 And while demand is good and steady, the Page variety has an appreciation by those who know it. “It’s not the easiest variety to grow and it doesn’t peel as easily as some of the other mandarin varieties. So the larger marketplace hasn’t put a lot of weight behind it,” say Kaprielian. “But we say it’s worth the work since its high flavor leads to a wonderful eating experience.”

Page production goes into early February and that’s when Fruit World moves into W. Murcott and Tango varieties. Pricing on mandarins has been very stable since December, even starting to increase slightly, and Kaprielian adds it’s a bit stronger than last year due to improved quality.

Fruit World is also harvesting stem and leaf mandarins with a particular focus for Chinese New Year. “We have strong volume of stem and leaf and movement has been good all season long. But we’re starting to see an uptick right about now,” she says, adding that Fruit World has been growing its stem and leaf program as a company and are offering it in a larger capacity this season. Pricing on the fruit has been stable all season.

ORANGES: Fruit World is moving into Washington navel oranges and volume has been steady on what Kaprielian describes as a high-quality, very solid organic crop. 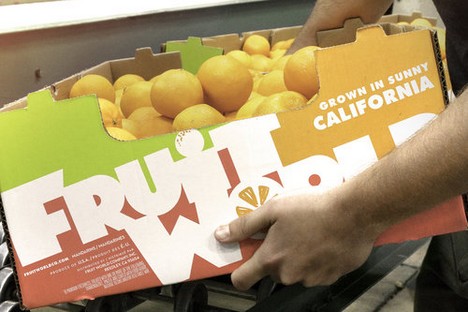 It’s also starting with its organic Cara Cara navels and while the market began shipping this variety a few weeks ago, Kaprielian prefers to wait to boost flavor and color. “Peak sizing is a little smaller than in a typical year, so, in addition to cartons, we’ll have plenty of fruit to offer in bags,” she says.

Blood oranges are also starting this week and demand is steady and similar to last year. “Pricing has been on track. We’re not seeing any shippers needing to be out there with low pricing because of poor quality like last year,” she says.

LEMONS: Organic lemons are switching over to source from California’s District One from District Three and supplies are steady. “At the beginning of the season and into November, we were peaking on smaller fruit. But now we’re getting into the sweet spot on sizing,” she says. “The small fruit on the market was leading to some extremely aggressive pricing, but now that there’s plenty of big fruit on the market, pricing has stabilized.” 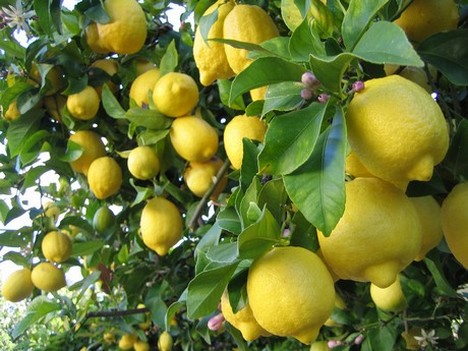 GRAPEFRUIT: For the first time, Fruit World is working with a grapefruit grower out of the desert and is supplying organic Ruby Red grapefruit. “It’s peaking is small,” she says. “That’s been our biggest challenge but the flavor has been good. There was some rain in the beginning of the season that had us off to a bit of a false start, but we’re into steady supply now.” Peaking on smaller sizes means they are able to offer some attractive deals on bagged fruit.

She adds that since Texas has begun its grapefruit, demand for California grapefruit has seen a bit of a decline. “But we have a steady and loyal customer base for it,” she says.

TANGELOS: Fruit World is shipping organic Minneolas out of the desert and the fruit is high quality with equally good flavor, says Kaprielian. Within the month though, supplies will transition to coming out of District One. “Our volumes are a little higher than last year,” she says. “Pricing has been a bit on the aggressive side and I expect that as we move into D1, we’ll start to see pricing increase a bit.”