The Mexican blueberry season runs from September through June, but the peak of the season falls between February and April. Carlos Madariaga of Berries Paradise says: “Even though we have an early start in September, we don’t have large volumes until right around this time of the year.” The company produces in four states in central Mexico: Jalisco, Michoacán, Colima and Sinaloa. 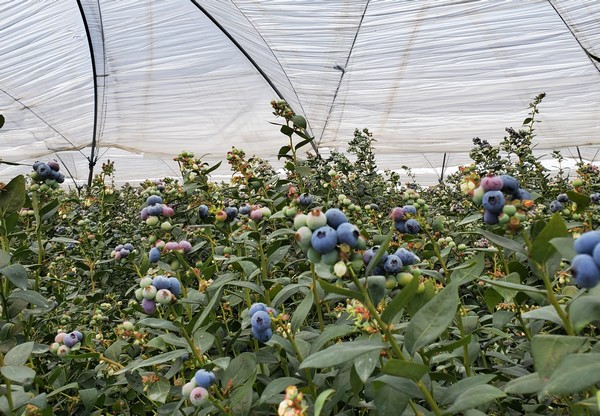 Cold weather delays season
The blueberry volumes coming out of Mexico are starting to ramp up now, but the season did get off to a bit of a late start for Berries Paradise, Madariaga says. “The season was delayed a bit because of some weather issues. The rain season went on for longer than usual, and then at the end of December and the beginning of January we had some unusually cold temperatures for the area. This means around 2-3 degrees Celsius (34-38⁰ Fahrenheit) at night and around 18 degrees Celsius (65⁰ Fahrenheit) during the day. This caused a delay, but fortunately the volumes and quality of the blueberries weren’t affected.”

The overall volumes of the blueberries weren’t just unaffected by the cold weather, they actually expect an increase this season over the previous season. “We are up by about +25% in our blueberry volumes this year, and we are expecting to do around +5,000 tons total of blueberries this year,” Madariaga says. “This is due to active expansion in production, and also because of the maturation of some of our younger fields which are producing higher yields every year.” 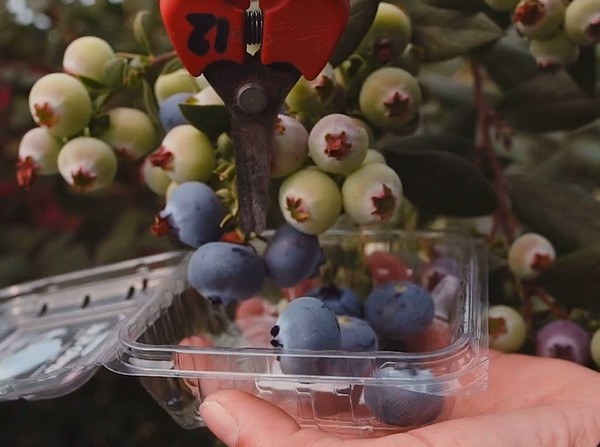 Low prices challenge growers
While the volumes and demand are up, pricing is down. According to Madariaga, the overall pricing is down about -20% in comparison with last season. He shares: “The overall markets are low right now. We have been seeing the return prices decrease every year, and we need to see change in this. We may soon start seeing some growers switching away from blueberries to more profitable crops, mostly smaller growers”

One of the reasons for these lower prices is the expansion of the production of blueberries worldwide. The number of origins has been increasing, and the volumes produced by these origins has been growing exponentially as well. “Within the next few weeks, Peru is set to overtake Chile in production and be the number one exporter in the world. Then, there are also newer origins such as Morocco and South Africa, and each of these origins are delivering great quality. Mexican blueberries used to be known for their consistently good quality, but now that’s no longer enough to be set apart from the crowd,” Madariaga explains.

He adds: “In today’s market, the focus is not so much if you have blueberries anymore, because that can be found easily within the abundance of supply. Now, it’s about differentiating your product based on quality, size or flavor. That is why we work with our Jumbo blueberries, which will start in February and run through April, which are unique in their size and very well valued because of their nice sweet flavor. Furthermore, we’re actively looking to access new markets every year." 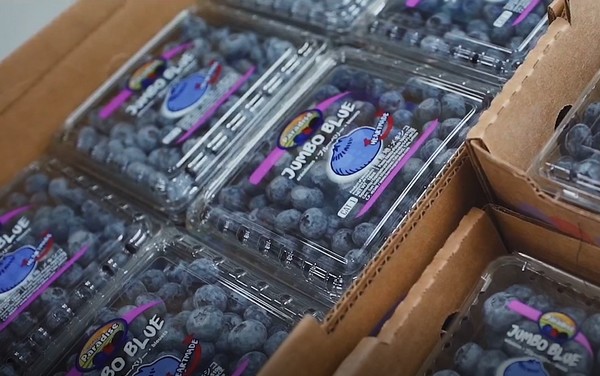 Mexico’s logistical advantage
Another thing that works in Mexico’s favor is their location. “The main market for blueberries is in the Northern Hemisphere, and Mexico is also in the Northern Hemisphere. This gives us a great logistical advantage over many other producing countries. We can ship the blueberries to Europe within 20-22 days, to Asia in 15 days and we also do daily flights from Guadalajara Airport to multiple destinations worldwide. The Guadalajara Airport has probably the best cold chain in all of Latin America, so it is ideal for us.”

Europe is the company’s third biggest market, with Asia on number two, and North America leading the front. “The United States is one of the biggest markets in the world, and geographically it is an advantage to be so close to them. We are able to send our shipments by truck and fruit will always arrive fresh,” Madariaga says.

Berries Paradise will be exhibiting at Fruit Logistica in Berlin this February as part of the Mexico pavilion, and can be found in Hall 25 booth B-11.