The Bushfire cost being felt by East Gippsland vegetable farmers

Vegetable farmers in Victoria's East Gippsland have not escaped the effects from the devastating bushfires that tore through southern Australia over the Christmas/New Year holidays.

The most devastating was the loss of Matt and Kate Zagami's vegetable farm in Wairewa. Food & Fibre Gippsland Industry Development Officer Shayne Hyman says the young family not only had their home burnt out but lost several important production blocks in the fire.

"The house paddock was burnt out, along with equipment and machinery," Ms Hyman said. "Avagrow farms were the most seriously impacted of the vegetable growers in East Gippsland. That's very sad. They are a family with four kids but they say they will start all over again. Matt and Kate are a very personable and generous couple and there is a great amount of sympathy for them. Another farmer who grows corn near Orbost was, sadly, also impacted."

Fires in the East Gippsland region were caused by natural events, such as unsettled weather and lightning strikes. A large percentage of the shire is bushland; either state forest or National Park and Ms Hyman says once fire starts in there, it proves very difficult to stop.

"They will keep going until they burn themselves out and there have been instances where the fire has burnt all the way to the beach," she said. "Or until we get a weather event that extinguishes the flames. So, it will be many months, I think, until we get a reprieve down here. The whole thing is devastating. The area burnt to date is bigger than Belgium." 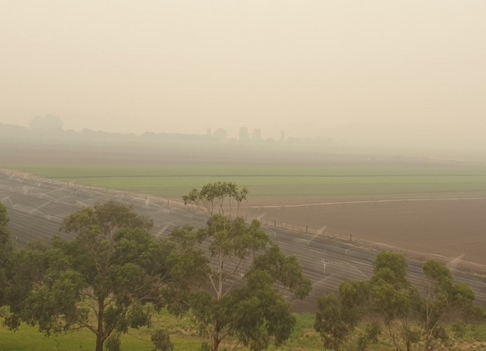 While other growers may not have suffered direct damage to crops from the flames, there has been several indirect impacts, including in the way of transport and logistics.

"If you are growing vegetables in Bairnsdale and they are going up the East Coast (towards Sydney), you wouldn't want to truck them all the way into (Melbourne) city," Ms Hyman said. "It's much easier to go the other way. So, that has been problematic, with the roads closed for so long. That adds to the cost of production and we all want to keep fresh produce at affordable prices"

Food & Fibre Gippsland Industry Development Officer added that there have also been some issues surrounding staffing and labour.

"As this was so wide spread that people had to think about their own situation and properties," Ms Hyman said. "It has become more difficult because people obviously have to be there to defend their own homes, and their families’. Once the immediate threat is over, working outdoors is just not pleasant really, because of the smoke. Yes, growers give people masks, but you can't force people to wear them.” 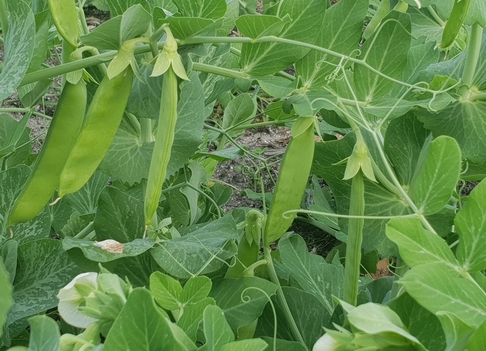 The impacts of these fire events have not been helped by the general heat and dryness that has been an issue for farmers in the region for several seasons. Ms Hyman says East Gippsland, along with other parts of Australia, is in a fourth year of a drought.

"Water has and always will be a perennial issue for Australia," she said. "I think in some way, this is a big wake up call."

The fires hit in the middle of summer season, which is not only the peak season for the vegetable industry, but also the region's tourism and retail sectors - but because of the disaster, visitors have gone home. But it hasn't deterred preparations for the East Gippsland Vegetable Innovation Days 2020 and tenth International Spinach Conference, which will take place in May, and Ms Hyman hopes it will be a boost for the region.

"A big conversation was had about whether it was the right thing to do to press forward in these times, and the answer was absolutely," Ms Hyman said. "It would be unconscionable to cancel the events especially the International Spinach Conference because it has been planned for more a year now, and it has never happened in the Southern Hemisphere before, let alone Lakes Entrance! To have the world's brightest minds around spinach, especially baby spinach, which is a growing category in Australia - we felt the community will be better for staging the events than otherwise. The joint events will see more than 1,000 industry people come to the area."

The best way for the public to continue support for East Gippsland growers, according to Ms Hyman, is to continue eating the recommended five serves of veggies a day, particularly salad as we have lots of salad growers in Gippsland – and ensure it is Australian grown.