As with many crops in the UK, the onion harvest has been hampered by the mixed weather conditions with some growers unable to lift all their crop while other are seeing quality issues.

"2019 was definitely a growing year of extremes according to Stephen Hedderly from Bedfordshire Growers. "Drilling started in early February with below average rainfall meaning significantly drier soils than normal, however heavy rain for 10 days in March disrupted the positivity. The rest of March and April was generally dry, but heavy hail and storm Hannah in May created some quality challenges for some growers. May and June remained warm with crops starting to look stressed before heavy rain in mid-June saved non irrigated crops. 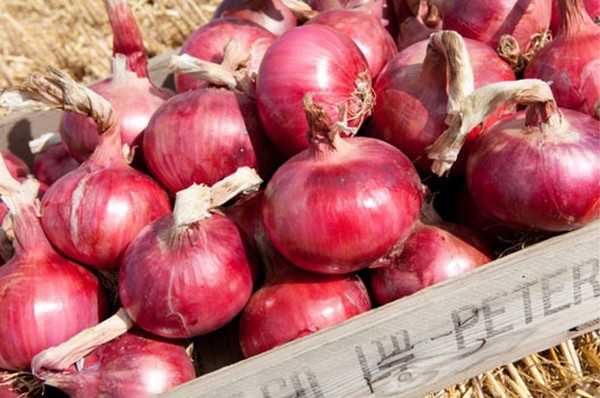 "Overwintered harvest started in mid-June and quality was some of the best sampled for many years. Spring sets started in July with again excellent quality and yield results. Drilled crops started to fall over in early August and harvest was a week/10 day earlier than normal. The challenges started from the August bank holiday, temperatures of +30c in the UK and higher in Northern Europe caused problems with scald and skinning with already wind-rowed crops and then the rain!! From 3rd week of September it started and has basically failed to stop for any decent period of time, in some areas 7 month of average rain fell in 3 months, so the mixed bag showed the lucky ones got finished with clean crops, the unlucky either in store with some staining or unfortunately, in the worst cases, the crop is still in the ground today.

"If you look at the overall worldwide market clearly the situation in India with the droughts followed by monsoons and the subsequent export ban has created new export avenues, the Polish also had very low yields and there have been a number of new enquiries from that region."

The challenge will be what happens late season, Over wintered has been delayed going in, early set growers should be planting in the next few weeks, however the soils remain saturated in most parts of the UK, in the past 24 hours storm Brendan has brought a further 12mm locally on top of already very high water levels.

Discussing Bedfordshire Growers Sweet Red variety Hedderly said “We are delighted with how the product has progressed not just in the UK but also in Europe and now about to launch in America. The Pyruvates have been consistently between 1-3 and there is very little heat coming through, however the flavour and sweetness has been outstanding. We continue to look actively for growers across Europe and beyond to partner in growing/supply trials. Clearly with the enormous focus around veganism now we are excited around the future of our innovation."

Bedfordshire Growers will be at Fruit Logistica Hall 7.2c stand A-02