“Lack of snow and frost allowed carrot harvest to continue”

Due to a lack of snow and frost, the harvesting of carrots is still going on in Poland. Harvesting conditions have been very nice and thus volumes have gone up for one particular company. They hope this will shoot them forward, enabling them to start exporting their produce next season.

Miko Farm is a relatively small company that grows a variety of vegetables in Poland. Sales manager Francesca Lipinski said their carrot season has been very positive. “The carrot season started out with some difficulties, as there was hardly any rain during that period. Later, the season would recover and the year has turned out fantastic. Production still went above par, despite the lack of rain. Thanks to a lack of snow and frost, the harvest of the carrots has been able to to continue, which in turn has resulted in about 40 per cent increased production overall for the season.” 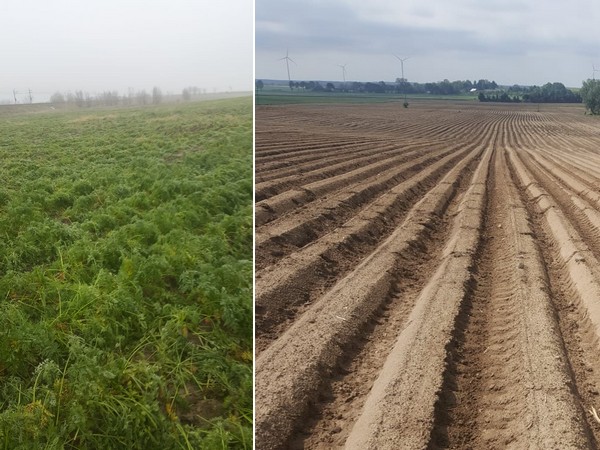 Although Miko Farms wasn’t able to export their produce this season, they are aiming to start their exporting adventure next year. “We’d love to export our carrots and other produce to other European countries. Getting started in Germany would make the most sense, as they are fairly close to us and have loads of potential consumers to reach. Italy would also be an option, as I have some contacts in the Northern regions of Italy," Lipinski  explained. "The quality of our produce is great, so there are no worries there and we have more than enough land to expand cultivation of our produce. The only thing we’re lacking is a steady buyer for any of the produce. We dare not expand production until we have security in that sense, as it would be risky to double production without having a company ready to buy the produce after it’s harvested.”

In the search of finding a partner or buyer, Vermar hopes to attend Fruit Logistica and have some meetings with interested parties. “We can’t exhibit yet, but we’re definitely ready to attend Berlin. We’re exploring options and are trying to make some appointments with exhibitors or other visitors to see how we can help each other. Then if all is well, hopefully we can start our exports in 2021! This doesn’t have to be carrots, as we’re also proficient in cultivating black radishes, parsnips and sweet corn. We’d be satisfied with expanding in these markets as well.” Lipinski concludes.