Supplies of bananas from Central America continue to be steady.

“There are no major differences between supplies last year and this year,” says Jamie Postell, Chiquita Brands Director of Sales, North America based in Fort Lauderdale, Fl. “The challenges faced by the industry are mainly weather related. During the winter months, cold fronts in the tropics can slow production and impact productivity.”

Chiquita mainly grows and sources bananas from Panama, Costa Rica, Honduras, Guatemala and Ecuador. “Bananas grow best in full sun. Central America and the northern part of South America don’t really have the four seasons, but rather two distinct ones: wet and dry with temperatures fluctuating with rain,” says Postell. “In Central America, the wet season runs June to October and that’s usually when temperatures are considerably high. The dry season runs from mid-November to May.” 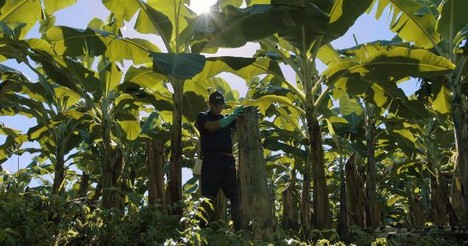 Environmental adherence
Considering that transportation is a significant part of Chiquita’s business, effective January 1, 2020, Chiquita began complying with the new UN International Maritime Organization regulation banning ships from using fuels with a sulfur content above 0.5 percent (compared to the current standard of 3.5 percent). “While this will result in a greater cost to the industry, we’re happy to comply,” says Postell. “This will also pass along a slight price increase to banana buyers. But we’re confident customers will see the long-term benefits of lowering the industry’s carbon footprint with the goal of increasing energy efficiency for a more sustainable future.”

Also putting pressure on pricing is the costs around managing T4 or “Panama Disease” which infects banana crops.

The fuel initiative however also fits into the bigger picture of the banana industry and Chiquita’s role in the sustainability of the industry. “We believe a path to a sustainable commercially viable species of banana is to improve breeding techniques,” says Postell. “We’re teaming up with scientists and other companies to come up with a sustainable solution to find banana diversity for the wider industry. This of course entails longer term banana programs.” 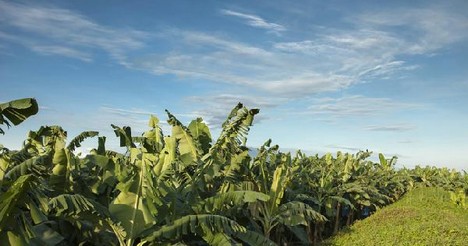 Changes in consumption
Meanwhile while demand for bananas is worldwide, Postell notes that China has increased its sourcing matrix to Latin America and in turn, that’s putting pressure on supply mainly in Ecuador. “Consumption in the US and Europe has been relatively flat, but we are seeing consumption of varietals and organics continuing to grow,” says Postell. “Bananas remain the number one fruit for household penetration in the US with the highest frequency of purchase. We anticipate this will remain consistent in the coming years, mainly being driven by diet trends and usage.”

To work on growing potential consumption, Chiquita has launched a number of marketing initiatives aimed at consumers, but especially millennials. In December, the company partnered with Spanish illustrator and fashion designer Ricardo Cavolo and throughout the month, Chiquita’s Blue Sticker featured five Cavolo designs on more than 200 million Chiquita bananas. The designs were created using the digital Google Tilt Brush, a virtual reality app that generates the stickers in 3D. The sticker series continues throughout this year and will include areas of focus including breast cancer awareness, fitness, artists and more. 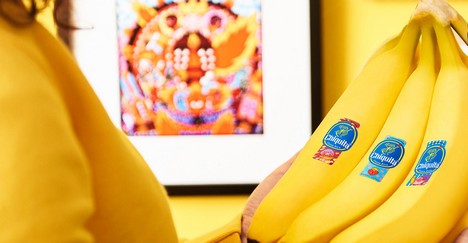 Also in December, Chiquita launched its new business-to-business website, www.Chiquitabrands.com, with information such as product and services catalogue, details of quality standards, etc. for customers and sales teams.