"Having a Piñabar in stores doubles pineapple sales"

The Piñabar is a machine that will cut up a fresh pineapple; it is set up in supermarkets to be used by the consumer, and was developed by Dutch Food Technology. Michel van Keeken, Piñabar’s CCO, says: “In 2013 we launched some prototypes in the Netherlands and in Spain, so right from the start there has been international interest. The first machine was in retail stores by 2015, and in 2017 we experienced major expansion – we entered New Zealand, and this also helped garner interest from China.” Now, the company has a worldwide presence, with its most important markets being in the United States and Europe. 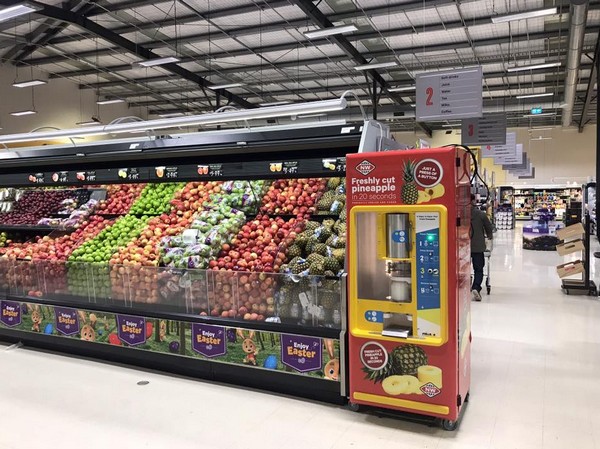 New cuts and new opportunities
The company is now launching an expansion for the Piñabar: two new cut types will be presented at Fruit Logistica in Berlin next month. “The original Piñabar can cut the pineapple into a cylinder or into spears. This new development allows us to also make horizontal cuts – so out of the cylinder, we can cut rings and out of the spear we can cut chunks.” This new development of the Piñabar is an add-on, so existing customers who already have the Piñabar in their stores don’t have to purchase a whole new machine but rather can have their own machines altered to include this expansion. 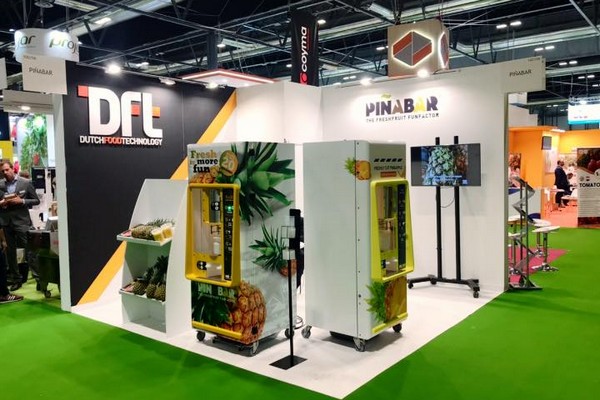 Van Keeken explains that this new add-on has the potential to open up new markets for the Piñabar. “The Piñabar is already present in stores throughout the world, and this new add-on will be available everywhere where the Piñabar already is. But now, with this new edition, we might also get some interest from the food service industry, and it could be popular at events. We are expecting to see an expansion to any field where consumers might want to have access to a quick snack because these new cuts can turn pineapples into a healthy and tasty snack in no-time.

Positive impact on pineapple sales
The Piñabar comes in two models: one that can be used for free, and one that charges the consumer. “It is really up to the retailer if they want to charge the consumer for using the machine – they can also choose to increase the price of the pineapples themselves. But whichever option they choose, they will see an increase in their pineapple sales. Our figures show that having a Piñabar in a store brings at least doubled sales for the pineapples. So even if the retailers don’t earn revenue from the machine directly, they will see good returns on having the machine,” Van Keeken says. 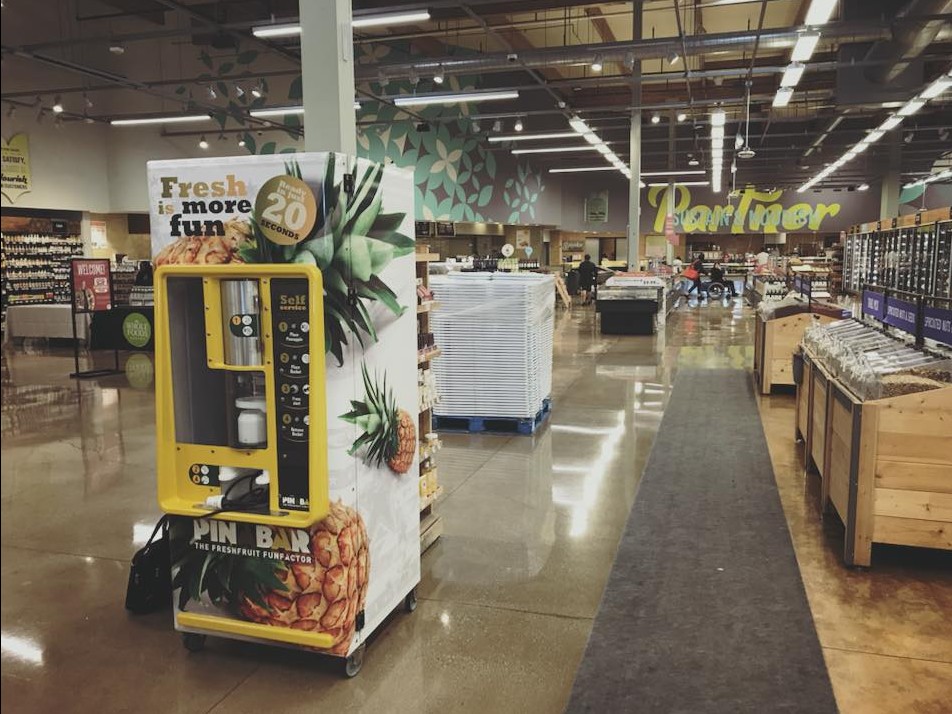 One of Piñabar’s customers is the US retailer Whole Foods, and they have experienced a very positive impact of having the machine in their stores. Van Keeken shares: “They saw that not only did their sales for the pineapples increase, their overall sales for the entire fruit category actually went up. So by being able to buy fresh cut pineapple, the consumers were more motivated to also purchase other fruits – to put together a fruit salad, for example. These are numbers that are difficult to measure, of course, and we can’t map out specifically why this happens. But we do see that this is definitely a trend, and is a positive effect of having the Piñabar in stores.” The Piñabar has also proven to be an attraction in stores, drawing people into the fresh produce corner. Especially children love to see the live cutting. "The Piñabar really is more than just a tool, it's an in-store experience."

More innovation to come
The company is currently in the process of field testing this new edition of the Piñabar, and hopes to have it ready to sell within one to two months following its Fruit Logistica reveal. This new development isn’t the only one they’re hoping to reveal in 2020. Van Keeken concludes: “We are also working on other pineapple innovations, and we’ll launch at least one other innovation this year in addition to the Piñabar, which will be a whole other machine. We are definitely not finished with pineapples yet!”