Mango harvesting is starting to wind down in two of the growing regions across Western Australia and Queensland, but the national season is far from over.

According to the last week’s national dispatched tray volumes, Australian Mango Industry Association (AMIA) reported that 455,000 were sent to market, including 92,000 of class two fruit. 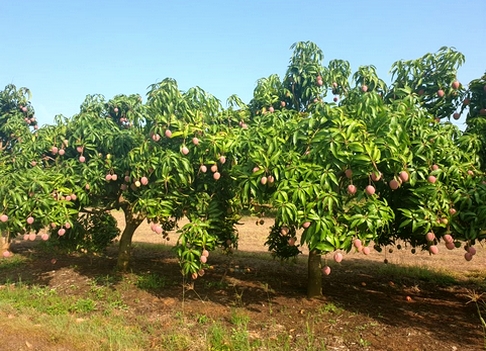 While some growers are finishing this week in the Carnarvon region, fruit is expected to be dispatched from this region throughout the rest of January, and into February. Kensington Pride (KP) and R2E2 numbers will wind down this month, but volumes of Honey Gold should be harvested in February.

"Fruit is also developing, as the Gingin region experiences warm temperatures," the AMIA's My Mango stated. "Growers are expecting volumes will be low this season due to climatic events and anticipate picking will begin next month."

The Bowen/Burdekin region is also winding down, with just 35,000 trays dispatched, after 59,000 the previous week. Some late season varieties, such as Honey Gold, continue to be picked, but mainly growers are pruning and considering tree nutrition for next year.

Further north Kensington Pride (KP) and R2E2 growers have mostly finished in the Mareeba/Dimbulah region, with the last of the fruit to be dispatched this week. Honey Gold, Calypso and Keitt continue to be picked in high volumes, with last week's 320,000 trays, dropping to 200,000 this week.

"Some Keitt growers have just started and volumes should steadily increase over the next few weeks," according to My Mango. "Some scattered showers are passing through the region but fruit quality remains excellent."

Harvesting is reaching a peak in South East Queensland, with favourable weather conditions, 162,000 trays are forecast to be dispatched this week - the highest single week for the season from this area. Volumes are then expected to slowly decrease until the end of the season in March.

At this stage, harvesting in the southern growing regions is forecast until the March 20, with the latest figures predicting 8,940,000 trays to be sent to market throughout the season.

Meanwhile, AMIA is inviting mango exporters and interested supply chain partners to attend a Mango Export Performance—End of Season Review, to share experiences, including the barriers and how these were or could be overcome. Results and learnings from monitoring of cold chain temperatures and fruit quality from a number of mango export consignments this season will also be presented. The seminar will be held on Monday, 24 February, at the Fresh Centre, at Brisbane Markets.