“The overview of the French pear campaign looks positive”

“There is room for the French pear in France,” announced Vincent Guérin, head of economic affairs at ANPP, in an article published in 2019 at the end of the harvest. And this is confirmed by the pear marketing campaign. “The harvest was not necessarily very large in terms of volumes, but the quality was good, with interesting sugar levels despite calibers that were slightly smaller than usual,” explains Vincent.

In a context where the French pear production is not enough to supply the French market, the campaign went smoothly. “The market was serene throughout the campaign with decent prices and no difficulties with sales. Some producers already finished selling their pears, and for them, the outcome is positive.” 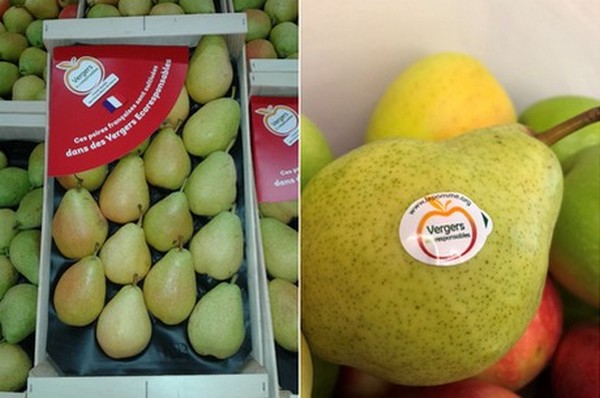 “French consumers want to favor French pears”
The small harvest of Abates in Italy also played a role in the success of the campaign. “There were fewer imports of Abates in France, and at high prices. This had some influence on the rise of prices for the French pears. Therefore, I would say that the pear campaign was quite smooth, which confirms the structural analysis carried out in October. French consumers want to favor French pears and we do not have enough supply to meet this demand. So there is room to develop the pear sector in France and to plant pear orchards again, which is currently happening on a small scale.”

According to Vincent, there is already word of a replanting programme for pears this year, but it is too early to determine the number of hectares that will be planted.

“For a few days now, the market has entered a phase of resupply for the distribution”
At the end of the year, apples and pears took a back seat, as usual. “During the holiday season, supermarkets put more exotic fruits on the shelves, which give a more luxurious image,” explains Vincent. “As a result, the consumption of apples and pears is lower during this period, except for, once again, the more high-end varieties. The more common product is then off the shelves during the holidays.”

But for a few days now, the market has entered a phase of resupply for the distribution. “We are observing a renewed interest on the market, with pears back on the supermarket shelves, but also in other networks like catering. This allows prices to remain firm, or even go up, with a good balance. The quality is still satisfactory, sugar levels are high, conversation is good, so we have nothing to worry about in the short term.”

Consumers should have another two months to enjoy French pears. According to Vincent, the season is likely to be a bit shorter than last year.