"We hope the markets can pay the high prices of mandarins"

The first part of the mandarin and clementine campaign has practically ended in the Valencian Community, with a 35 to 55% decrease in production compared to last year, depending on the producing area. The second part is starting now at quite high prices. Will the market pay for them?

"We are finished with Clemenvilla and we are now starting to sell the first Nadorcott, Tango, and Hernandina, which yielded better volumes compared to the varieties of the first part of the campaign," stated Carlos Sancho, the administrator of the Valencian company Madremia. "Prices have been high so far due to the shortage of fruit in the fields and the high demand for them. The weeks before Christmas were really crazy! We had to explain the situation very carefully to our clients so that they understood the situation. Campaigns are always complicated when there is too much or too little supply."

According to Carlos Sancho, the week after the 6th of January was a quiet week in sales; it was almost as if there were some sort of post-vacation hangover. Demand, however, is expected to increase again this week. Producers are still uncertain about how the market will behave, taking into account the high prices of late varieties, most of which are protected varieties.

"These varieties are already more expensive than the varieties of the first season because they need to pay royalties. However, due to the great shortage of early clementines, there has been a lot of speculation and really high prices in the field for the late varieties. We hope the markets respond well and that they can pay these prices, as it hasn't been easy for the sector to supply us so that we don't let our clients down." 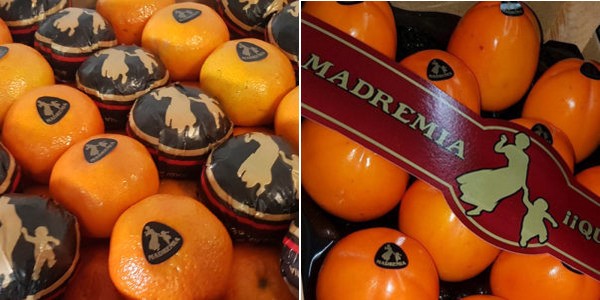 Madremia mainly produces and markets citrus fruits and kakis. Germany, France, and Italy are its most important European markets, although the company is growing more and more in overseas markets.

25 to 30% less Late and Lane Navel oranges
The Naveline early orange harvest yielded more or less the usual amount, although it was longer than last year. According to Carlos Sancho, the Late Navel and Lane Navel will soon be marketed and their production decreased between 25 and 30%.

"We had a stable market with the Navelina but the price of the Navels is already three times higher than last year due to the drop in volumes. We'll have to explain why prices are so high to our clients," he stated.