South African Table Grape Industry: “The goal is to sell 10 million more boxes of grapes in China in the next 5 years” 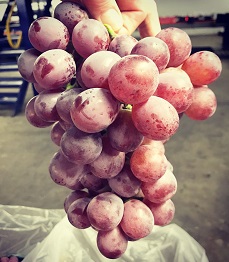 As the South African table grape industry enters into its peak, it’s a mixed bag for the various production regions.

While both the northern and the Orange River regions (both winding down) are expected to reach the lower limits of their crop estimates, the season in the Western Cape is turning out to be a bright one.

The Olifants River region, which was particularly hard hit by the recent drought, has bounced back.

“There are strong indications, if the current optimal harvest conditions remain, that this region will reach the upper limit of the estimate,” says the South African Table Grape Industry’s latest newsletter.

The association notes that in the Berg River region, where early cultivars were early, the quality and size distribution of white grapes are excellent. It looks like mid-season cultivars will also be early, SATI notes.

In the Hex River Valley optimal weather conditions are reigning, giving a strong start to the season.

Growth in North American exports continue
Above-average berry sizes have given marketers a wider playing field, which is reflected in the destinations of South African grapes this season: fewer grapes to Europe and more to Southeast Asia, the Far East and North America.

Intake figures up to week 2 show that the European Union still takes 50% of South African grapes (with over 11.6 million cartons already sent this season, a 7% drop on last year this time), but Canada has grown to account for 10% of exports with over a million more 4.5kg equivalent cartons sent there by week 1.

The United States, too, has more than doubled the volume of South African grapes it takes, albeit from a very low base. Five years ago just over 14,000 cartons were sent to the US over the whole season; by week 1 this year it already exceeded 133,000 cartons.

China market development campaign in March
China is a market of exceptional importance for South African grapes and by the start of the year South Africa had sent close to a million 4.5kg cartons there, well up on last year’s figures by that time.

SATI, in association with the Fresh Produce Exporters' Forum, has announced a promotional campaign for South African grapes at the Guangzhou and Shanghai wholesale markets, supplemented by in-store campaigns at some large retailers in March. “The goal is to sell 10 million more boxes of grapes in China in the next 5 years,” the association states. 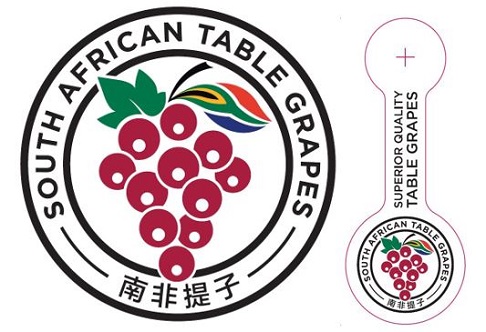 The logo and stem tag, designed for the South African campaign in China