Residues can be reduced by increasing the number of antagonistic insects

The large-scale distribution system in Europe is increasingly restricting maximum residue limits, and strawberries are under the spotlight. This is why the use of the predator insect Orius laevigatus can be beneficial to reduce the number of treatments against the thrips that attack strawberries.

In a protected environment, such as a greenhouse or polytunnel, the release of useful insects is an effective and residue-free method to protect the production. From the end of January onwards, in the south of Italy, especially the most vocated areas for strawberries grown in regions such as Basilicata and Campania, the battle against thrips plays a fundamental role. 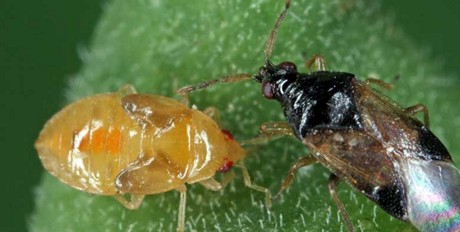 "We are talking about anthocorid predators - explained Francesco Bravaccini of Bioplanet - which is widely used in monitoring thrips, in particular Frankliniella occidentalis. Its most successful application is in greenhouses and open field horticultural crops, with particular interest in strawberries, but it is also effective for peppers, aubergines and some ornamental plants. Predators actively thrive on thrips, in all stages, although they can feed on pollen and other phytophages, including mites, aphids or other small insects, as an alternative source of food".

Orius laevigatus is distributed in containers with 500 and 1000 individuals. It is necessary to perform repeated treatments of about a few units per square metre, starting before the thrips become numerous, because prevention is the best weapon. The greatest result is obtained when the predator is prevented from settling in the crop. 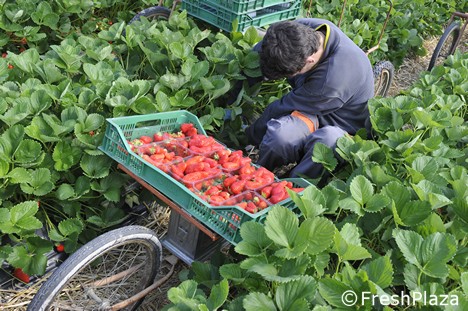 "Like its prey - continued Bravaccini - also Orius laevigatus prefers to remain in flowers, especially if rich of pollen, of which it feeds in absence of preys. The adult, about 3 mm long and of blackish colour, is very motile and voracious. In its juvenile paler stages it has no wings but, in spite of this, it is a motile and active predator. At about 25°C, the evolution from egg to adult requires a couple of weeks".

The red spider is also a parasite that attacks strawberries, but the tools available to the farmer are generally more effective. Phytoseiulus persimilis is a phytosoid predator that is successfully used all over the world, to biologically protect against the red spider (Tetranychus urticae), on various horticultural and ornamental crops, including strawberries. The expansion is also faster than that of its prey, in optimal conditions.

Special attention is required in the homogeneous distribution within the plot of land. For best results, it is important to act early when the first isolated spiders are detected and ensure a good level of humidity in the habitat. The total amount of spiders released varies from a minimum of 5-6 to 20-25 per square meter. The packages consist of 2,000 or 10,000.