A new daily rail connection has been established between the Hutchison Ports’ facility at the Port of Felixstowe and Maritime Transport’s newly opened East Midlands Gateway. This is the 36th daily rail service to be introduced at Felixstowe, the UK’s largest container port, and it aims to cater for the ever-growing demand for rail.

Container-mag.com quoted Clemence Chang, chief executive officer at the Port of Felixstowe and executive director of Hutchison Ports, as saying: “Rail is an increasingly important element of the transport mix and through three dedicated rail terminals at the port we offer more rail services to more inland destinations with greater frequency than any other UK port.”

East Midlands Gateway, situated at Castle Donington in Leicestershire, is Marine Transport’s first strategic rail freight interchange. The 8.8ha site is ideally placed alongside the M1 motorway to serve as a regional distribution hub and, when fully operational, it will be capable of handling up to 16,775 m long freight trains per day. 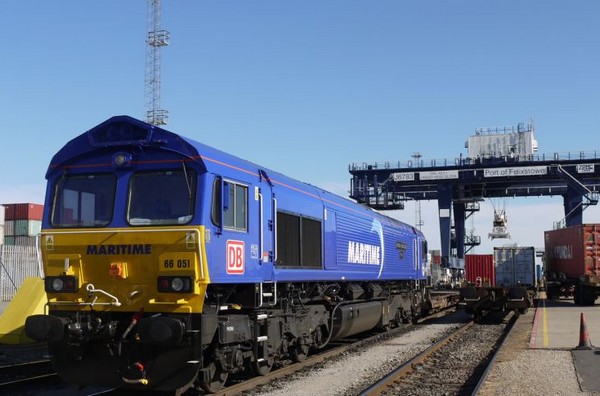 Chang: “As one of the largest privately owned transport businesses in the UK it is fitting that [Marine Transport] have introduced the first regular service to East Midlands Gateway from the country’s largest container port and intermodal rail hub.”

Marine Transport Ltd’s executive chairman John Williams added: “We believe this Felixstowe to East Midlands Gateway service will be a huge benefit to our customers. The movement of freight from the Port of Felixstowe continues to increase as does the demand for a greener solution for our customers.”