Customers are urging supermarkets to help Australia’s starving wildlife amid the bushfire crisis, by donating their ‘waste’. Social media has been inundated with a photo which urges Coles and Woolworths to donate their ‘waste’ fruit and vegetables to “our starving wildlife”. The plea is embedded on a photo of a kangaroo escaping the flames. 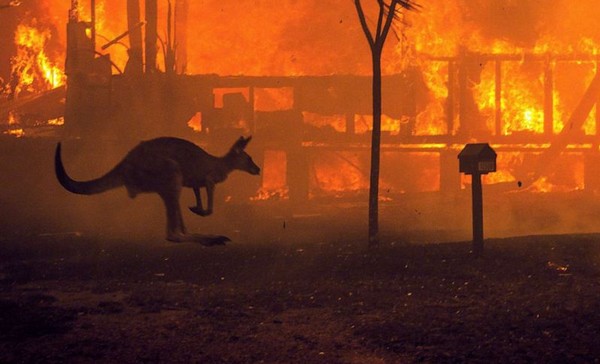 People have shared the photo to their personal Facebook accounts and the Coles and Woolworths Facebook pages, pleading with the two largest supermarkets in Australia to supply wildlife with waste so they can eat.

“As the fires burned in Batemans Bay, the Mogo Wildlife team was quickly losing access to food and water for the 200 animals that lived there,” a Coles spokesperson told Yahoo News Australia. “As soon as we were made aware, Coles donated around one tonne of fresh fruit and vegetables and dry feed for the animals.” 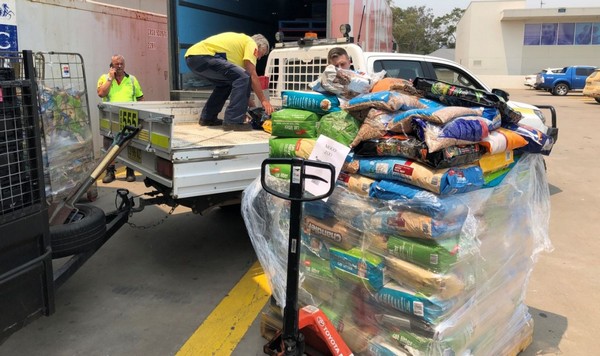 The spokesperson confirmed Coles had donated 1000kg of sweet potatoes which are on their way to the Kangaroo Island Wildlife Network, and approximately 33 tonnes of potatoes and carrots and a 45-foot trailer-load of barley straw square bale delivered to Live Stock SA yesterday.

Woolworths and its customers through the Salvation Army have committed more than $3.2 million to bushfire relief.