40 million euro have been invested

Orogel now has the biggest cold storage cell in Europe

The new extra large frozen food cell Orogel, located in Cesena right next to the production site, costing 40 million euro, is now fully operational. The warehouse runs completely automatically, occupying an area of 14 thousand square meters (for about 230 thousand cubic metres in volume), and can store 35 thousand tons of frozen product at minus 25 degrees Celsius. Vegetables have been frozen and stored in the warehouse for several weeks now.

The official ribbon cutting was supposed to take place on Monday 13 January 2020 with the presence of the Italian Prime Minister Giuseppe Conte, but due to the current global political scenario and mandatory obligations, he had to decline. The official inauguration ceremony has therefore been postponed until some later date.

As a result of this intervention, Orogel will be able to store everything in a single pole, or at least almost one. In fact, to this date, it had to rent several storage sites. 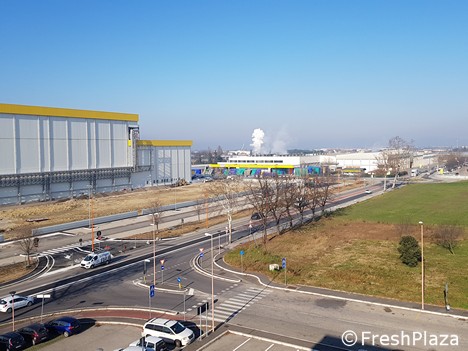 On the right, the new Orogel3 storage warehouse; in the background the Orogel2 site

The next step will be the air service between the sites Orogel 2 and the new Orogel 3 by using an elevated tube system about 130 meters long, which will cross over via Fossa. The project was selected as the winner of the Tekla Bim Awards 2019 for its technological innovation. 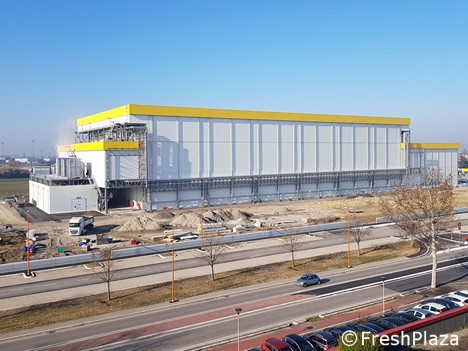 In 2018, revenues generated from the frozen food sector alone amounted to 239 million euro (+3.58% in value compared to 2017), showing an increasing trend from 2009 of 48.7% and cash flow of 38.500.000 euro. All this was made possible thanks to excellent teamwork: from the farmer to the employees, to the distributors and final consumers.