Intent on lifting spirits amid drought

An incredibly generous Queensland man is opening his orchard, donating his bumper crop of more than 200,000 mangoes to local charities and drought-affected communities. Brian Burton considered selling the fruit to a major supermarket, but did not like the terms of the contracts and so donated his first crop to charity back in 2018.

"I'm going to do this probably every year now — any small small charities or women doing chutneys and that for the school fetes, they're all welcome to come and pick them all for free," Mr Burton said. 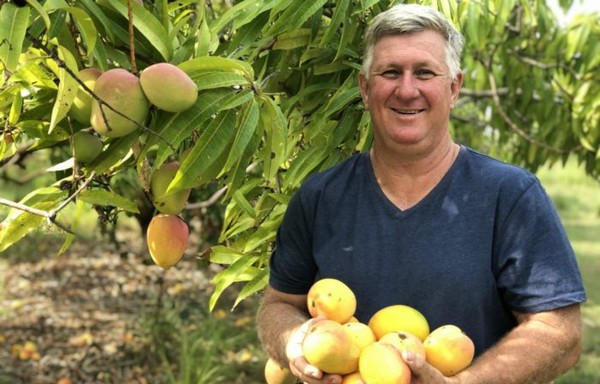 In 2018, local pensioners were among the recipients of the tasty mangoes. Last year storms destroyed the crop but this year an entire hillside of trees is laden with fruit that needs picking within weeks.