In 1980, the presence of the most important pest insect of the banana crop in the world was reported for the first time: the black banana weevil or black weevil, Cosmopolites sordidus (Germar), a species of beetle that penetrates the succulent base of the pseudostem and excavates tunnels inside the banana, feeding on its internal tissue, which causes the plants to decay and subsequently die. 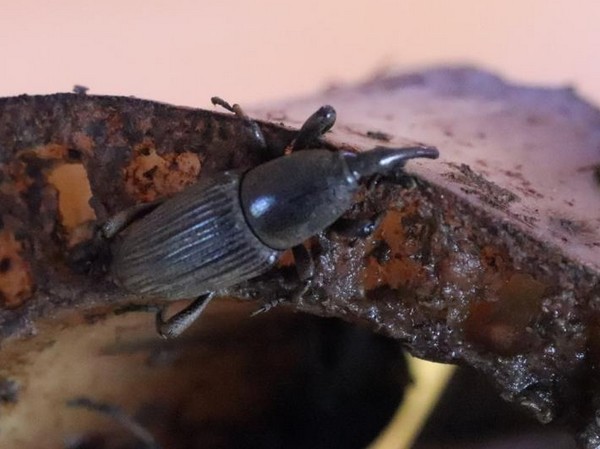 In a work that gathers the experience of the inhabitants of Rapa Nui and the use of technologies aimed at contributing to plant health, the Chilean agricultural research institute INIA la Cruz set out to recover the existing banana crops that were affected by the presence of this insect on Easter Island.

One of the first actions that the team of technicians and professionals undertook was reviewing the banana corms, where they discovered that the farmers themselves were transferring the plague to the new plantings, as these came from infected mother plants.

Subsequently, the first application of pheromone traps was carried out to attract adult individuals of the black weevil and reduce populations in the field through massive catches. They installed 15 traps distributed in the areas of the island where there are banana crops. The field professional established in the area must monitor the adults captured in this trap on a weekly basis. The team of researchers must determine whether the pheromone trap is an attractive alternative for capturing adults of the black weevil.

This is the first time that researchers carry out more exhaustive studies on relevant pests in the island's sweet potato, pineapple, and banana crops, which are the most relevant Rapa Nui crops and which has generated a remarkable interest of authorities and producers to know about and use these technologies. 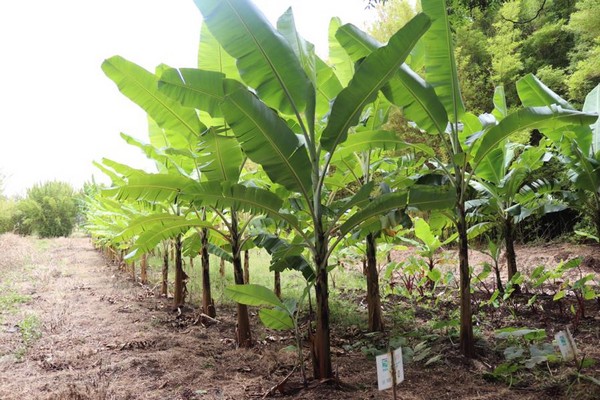 History
The first inhabitants who colonized the island introduced edible plants such as sugar cane, taro, sweet potato, and banana, which after acclimatizing to Easter Island became the basis of Rapanui food since ancient times.

It is estimated that there are at least 10 different varieties (or hybrids) of bananas on the island and that they are dispersed throughout the island with some level of protection from the wind and animals.

“In general it is complex to use control measures for the management of this and other pests in Rapa Nui, so it is important to disseminate the work of INIA in the sense of generating environmentally friendly alternatives to address these plant health problems,” said Natalia Olivares, the director of the project.