Cosco Shipping is developing its $3 billion deep-water general cargo and $1 million TEU capacity container port at Chancay. Work on this new port is expected to start by April of next year, a senior executive in Lima confirmed, after Cosco Shipping Ports filed a revised environmental impact study in October.

“We can now expect government approval for February 2020, said CSP’s CEO Carlos Tejada.” Cosco Shipping Ports aims to start construction on the US$1.3bn first stage of its Chancay port, which will have 16m depth, by April 2020, he said, adding that the project will boost the Belt and Road initiative to foster improved transportation links between China and Peru plus the rest of West Coast South America. 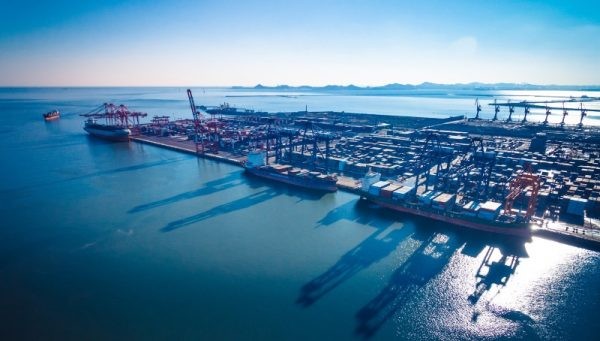 Various sources in Callao, the biggest port for containers along the West Coast of South America (WCSA) and main gateway to Lima and Peru, have stated that Cosco is already planning to move deep-sea services there to “avoid congestion at Callao” as well as “to bring down costs” and better serve the fast-growing fruit and vegetable exports from Peru.

A manager for Inca Lines, one the biggest NVOCCs in Peru, stated that Chancay will be a massive boost for key Peruvian exports such as avocados (Peru is third largest exporter in the world), blueberries, guava, oranges, grapes, potatoes, seafood and fishmeal.

Peru's fruit exports, subdivided into fresh, frozen, canned, and juice, make up over 50% of Peru’s agricultural shipments and they grew by 9.5% during the first quarter of this year compared to the same period in 2018, according to Deputy Foreign Trade Minister Sayuri Bayona, adding pressure onto existing export corridors.