"We are starting this potato season with a very unusual situation that I have never experienced before," says Johan Kant of Kalisa Trading. “There are currently still very large quantities of consumption potatoes in the ground, mainly in Great Britain. Even in Belgium, the Netherlands and France, 1 to 2 percent of the consumption potatoes have still not been harvested. In Great Britain, traders speak of 10 to 12 percent of potatoes that have not yet been harvested, which amounts to 500,000 to 600,000 tonnes. If these rumours are true, then no more than 4,400,000 tonnes of ware potatoes can have been harvested in Britain at the moment. " 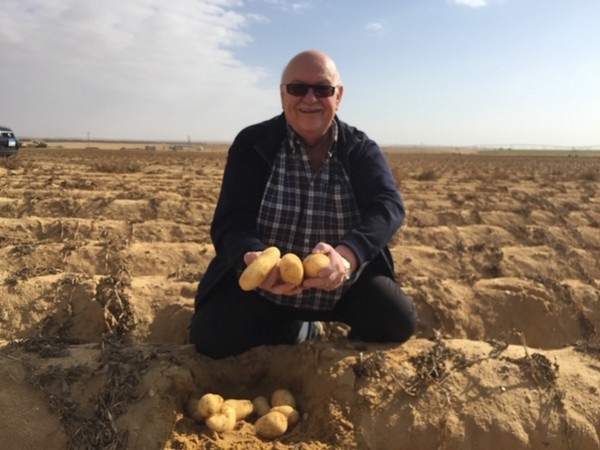 The British potato growers stopped harvesting the potatoes in mid-December and are planning to harvest as many ware potatoes as possible after the winter. "I do not dare comment on the quality of these late-harvested potatoes, but in all probability they will end up on the British market in valuebags of 25 kilos," said the trader. "In Germany, all consumption potatoes have been harvested, but the German harvest estimate has been adjusted down. The Germans harvested less than 10,000,000 tonnes of potatoes this season. "

“There is probably only a close 27,000,000 tonnes of ware potatoes been harvested in the NEPG countries, but it is impossible to draw a conclusion because of the potatoes that are still in the ground. What will happen if the potatoes are harvested? And what is the quality of these potatoes? I do not expect the price of the consumption potato to be dirt cheap this year, but I also don't think that the price will peak enormously. In short, it could still go in any direction with the consumption potatoes in 2020," concludes Johan.