Fire relief in the east is unlikely

Tropical Cyclone Blake, the first for the Australian cyclone season, has formed off Western Australia's West Kimberley coast. The Bureau of Meteorology (BOM) expects the system to reach Category 2 intensity, and make landfall near Wallal Downs along the Eighty Mile Beach late on Tuesday or early Wednesday.

Duty forecaster Steph Bond said Cyclone Blake had developed overnight: "As that system moves closer to the coast today we will see winds start increasing and we may expect gales to develop [around] Kuri Bay and Wallal Downs. They could extend down to De Grey by early Tuesday.”

"This system will move parallel to the coastline just offshore and may make landfall around Tuesday evening, most likely around the Wallal Downs area, at this stage, as a Category 2 system.” 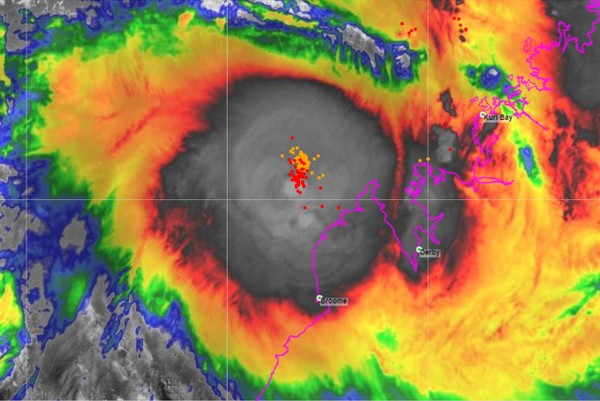 No help for burning east
Cyclone Blake is expected to track south through the Pilbara and then take a south easterly path over the Goldfields and the interior. Ms Bond said it may bring moderate to heavy rainfall on Wednesday and Thursday as it tracks south: "We may even see some rainfall move over the Goldfields and over those fire sites down through that area near Norseman.”

But Ms Bond said it was unlikely to bring much needed relief to the fire fronts in the east of Australia. "At this stage, by the time it reaches central Australia, this system does weaken out," she said. "So we may not see this rainfall reach the eastern states at this stage."