In the Orange River it’s been an average year, not great but still better than last year, and the area hasn't reached its harvest estimates. Some varieties have disappointed, primarily due to cultivation factors, but Thompson Seedless has been doing particularly well.

In the Olifants River region of the Western Cape, where they also have growers, packing is continuing at a strong pace. 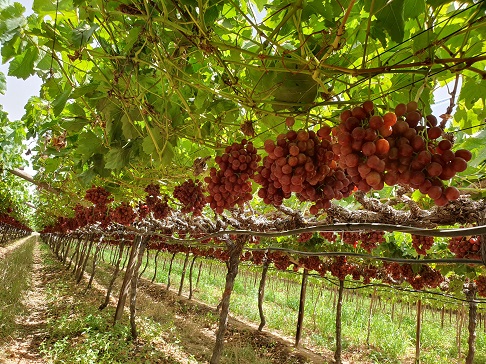 “The Olifants River region has always had a really good reputation for their quality, and this year they’re back to normal after two consecutive difficult season when they really took a knock from the drought,” says a grape trader who has asked to remain anonymous.

Grape sizes have allowed grape exporters, in both the Orange River and now in Trawal, a stronger focus on exports to the Far East.

Extra large grapes abound
“At the moment most growers are only packing extra large grapes and from some blocks they’re getting almost no large sizes. Last year a lot of the grapes were EU quality, so that’s where we sent a lot of fruit, but this year with improved grape size we’ve been sending more to all of our markets across Southeast Asia.”

“In terms of economy of scale the returns from the Far East are considerably better than in Europe, but it’s also very important for risk distribution.”

They’ve been receiving plenty of enquiries from interested buyers in Southeast Asia, many of them newcomers attracted to the opportunities offered by table grapes. 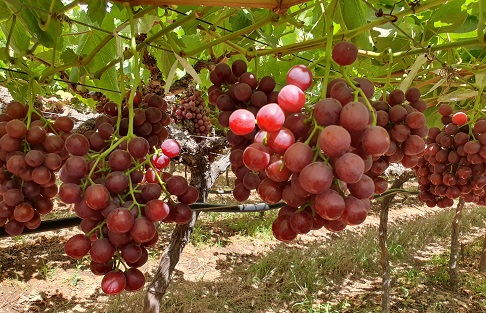 Power cuts & harbour delays
“All of our fruit have arrived well so we’re satisfied. We’re just having a problem with shipping and delayed ships due to wind and go-slows at the harbour. It’s happened that stack dates are moved by a week but the fruit’s already packed and we have to keep it in the cold room for an extra week. Our coldrooms on the farm get full so we have to store at other off-site cold rooms as well.”

They’ve, over the past few weeks, made sure that all of their farms are now equipped with diesel generators. “We’re fine, we’re prepared, but it’s a big expense. Because we have our own cold rooms and they have to run 24 hours, there’s no getting around that. Power disruptions stopped during the festive season, but before Christmas there were a lot of disruptions and yesterday it started again. We just have to work around it,” he says.