In October of last year, the European Commission (EC) lodged a complaint with the World Trade Organisation (WTO) about the import tariffs Colombia has imposed on frozen french fries from Germany, Belgium, and the Netherlands. According to the European Trade Commissioner, Cecilia Malmström, the European Union (EU) considers this South American country’s anti-dumping measures to be ‘entirely unjustified’.

The dispute began three years ago when the Colombian government investigated the dumping of frozen french fries on the internal market. This investigation focused on German, Belgian, and Dutch companies. The conclusion? ‘Yes, there was dumping being done on the Colombian market’.

A year later, in November 2018, import tariffs were then imposed on frozen french fries from the countries mentioned to act as anti-dumping measures. These charges range between three and eight percent and are valid for two years. This led to considerable frustration among the affected companies, who state unequivocally that absolutely no dumping had occurred.

The Colombian anti-dumping measures are, however, not an isolated incident. In 2013, South Africa increased its import tariffs op frozen potato products from Belgium, Germany, and the Netherlands, and in 2017, Brazil followed suit. Peru and Argentina are also toying with the idea of imposing anti-dumping measures against frozen french fries form Europe. 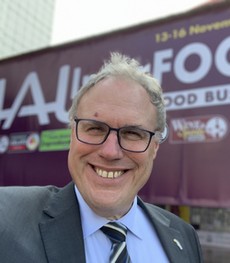 According to Romain Cools, Belgapom’s General Secretary, the framework of these anti-dumping measures is being abused. “Colombia stated in its report that the dumping measures in Brazil and South Africa indicated there must be a possibility of the same in their market. Although the Colombian market is modest, this affects the companies that have invested in it. The EC thoroughly investigated this case at the behest of the European, Belgian, Dutch and Germany authorities,” says Romain.

“The EC has now said these are unfair measures. It has initiated dispute proceedings against that country at the WTO. None of the three countries concerned have taken part in any dumping. The primary driving force behind this action is the protection of important local players. These producers, after all, often have monopolies on the market, and open borders threaten that position. The fact that local consumers pay much more for these products is, apparently, not taken into account.”

Cools refers to Brussel’s lack of knowledge concerning the potato sector as the reason why the EU is only now taking action against Colombia, not doing so earlier against Brazil and South Africa. “In 2012, we approached the European Commission with all our concerns, but we were not heard. Without thoroughly investigating the cases, we were told ‘to stop dumping frozen french fries’ while this was never any mention of this practice. Thanks to lobbying by the European and national federations, and the support of mainly the Belgian and Dutch governments, the Commission’s view has changed.” 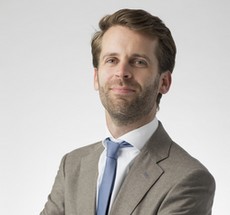 “South Africa surprised us, and we were too late when it happened in Brazil,” says Hylke Bunt, General Secretary at the Potato Processing Industry Association (VAVI). “We, as the potato sector in the Netherlands and Belgium, are better organized now. We have, thanks to among other parties, these countries’ national governments, been able to persuade the EC to lodge a complaint with the WTO.”

Romain sees the EU’s objection against Colombia as an example to other countries considering these kinds of import tariffs. “In South Africa, they are going to start the procedure to extend the anti-dumping fees. With these complaints to the WTO, the EU can now put more pressure on South Africa and Brazil (where court proceedings started by the companies involved and their federations are still pending)."

"In all three cases, we, indeed, saw procedural irregularities in the proceedings. Colombia, being used as an example, is not so strange. That country’s government is not open to talks, so this is the only thing left to be done. European Commissioner Malmström, herself, even reported that the Colombian authorities refused to respond to 30 calls requesting a sit-down.”

“The Colombian case lacks cohesion,” says Hylke. “Brazil and South Africa’s underlying cases were far more complex and, therefore, more difficult to oppose. The Colombians already stated in an interim report, released in November 2017, that they would impose import tariffs. It is an unlawful regulation, intended to protect their own market - in other words, pure protectionism.”

It is, however, not so much the pressure from the potato sector that forced Brussels to show their teeth. What could be next if Colombia can impose import tariffs on frozen french fries from three European countries with impunity? Some other countries charging a fee for Spanish citrus, Polish apples, or Greek grapes?

That prompted the European Commissioner to initiate dispute settlement proceedings at the WTO. A ruling is expected in 2022. “Until then, the Northwestern European french fry industry will have to deal with import duties,” says Hylke. “This costs us roughly €19 million every year.”

Production relocation
The processing industry fears import tariffs on french fries will cause a domino effect on the South American market. It is striking that the American branch of Lamb-Weston Meijer has entered into a joint venture with the Argentinian Sociedad Comercial del Plata, a holding company in Argentina. In this way, this frozen french fries manufacturer hopes to serve the South American market.