"Less apricots and plums, main season only starts in February"

In the stone fruit segment, batches from South African growing regions are currently dominating the market. According to current forecasts, there will probably be a reduction in the quantity of some stone fruits due to weather conditions. Up to week 48, around 40 percent fewer apricots and 21 percent fewer plums were loaded up; nectarines were +13 percent. Nevertheless, the South African stone fruit range is gaining in importance in the German trade from year to year, says Christian Hencke, Managing Director of the Hamburg-based FFC Fresh Fruit Company.

In terms of quantity, plums and nectarines are the main products in the stone fruit segment, whereas the share of apricots and peaches is significantly lower. "Due to the dryness we have a rather small apricot harvest this year in contrast to last year. The quantity is about 40-50 percent below last year's level, which is why some major suppliers have already stopped packing the goods," Hencke outlines.

Christian Hencke is managing director of FFC. The fruit importer from Hamburg has gradually specialised in the import of South African stone fruit over the last few years.

The weather has also left its mark on the other products. "For the Sapphire plum variety, there will also be a 50 to 60 percent reduction in volume. With plums, however, it depends on the growing region: Sapphires are expected to be reduced by at least 50 percent, while the varieties from the Stellenbosch, Paarl and Franschoek areas, where it has rained more, are expected to have a normal to good harvest."

Complete service all around overseas stone fruit
Over the years, the specialist fruit importer has concentrated on stone fruit imports and serves a growing clientele in German food retail outlets throughout the winter with fresh apricots, plums, nectarines and peaches from afar. FFC provides a complete service for stone fruit from overseas: The South African stone fruits are pre-matured and packaged accordingly upon arrival in the Dutch Westland (close to the port of Rotterdam). The packed goods are then delivered directly to customers throughout Germany, Austria and Switzerland. 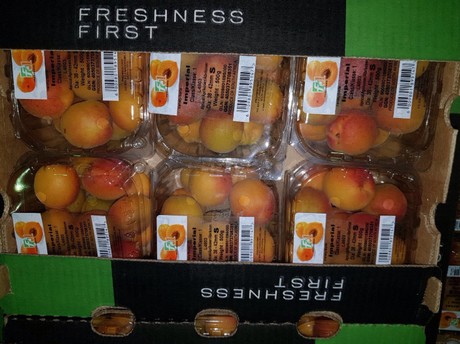 The lush 2018 apricot harvest will be followed by a significant volume reduction this year.

High priority in German trade
According to the specialist, South African stone fruit has gained in importance in recent years. "The status of South African stone fruits is particularly good and trade in the important sales countries such as Germany is also promoted by the local stone fruit association Hortgro, for example through tastings and appropriate product labelling. On every single package that we sell under our own label, for example, there is a South African flag with Hortgro's logo on it," Hencke explains. 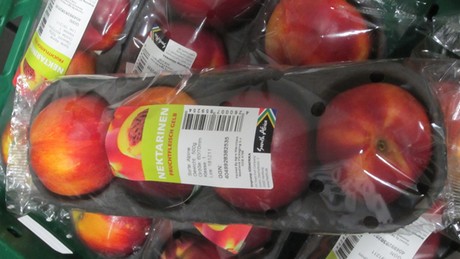 South African nectarines for the German retail trade: the standard packaging units in the trade are still 500g.

Ultimately, the product must convince the consumer in terms of taste and continuously meet the high demands of the trade. "In the past, people wanted to get to the market as early as possible, but now they prefer to wait for the sensible varieties and focus more on the late range". The main season has accordingly been postponed to spring, Hencke adds. " 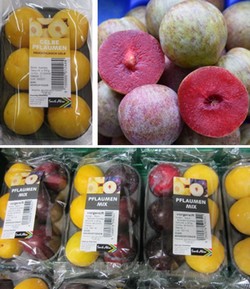 After Christmas, the market levels off. The main season takes place between February and April. The season usually ends in the first or second week of May."

The yellow-fleshed plum varieties still dominate the scene, but from mid-January onwards, more red-fleshed varieties (e.g. Black Pearl) will be on the market. "Black Pearl, Green Red, Polaris and Flavour Fall are some examples of varieties with great potential".

Future marketing potential
In general, the South African stone fruit range has interesting marketing potential, says Hencke. "We have stores that order the same assortment from us for the third or fourth year in a row. The important thing is to get it right: not changing the variety every week and offering a consistently high product quality. In that case you end up with a great product that is easy to market in winter and appeals to the customer at the POS."

For sustainability, in Sou 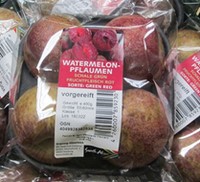 th Africa FFC supports the "Two Oceans Aquarium" in Cape Town and "Plantangles" by using cardboard trays in food retail. "For every plastic tray that can be replaced with a  cardboard bowl, we donate € 0,01, which will help turtles, for example, to survive after swallowing the plastic. Plantangles is committed to crocheting bracelets out of plastic bags from the sea, with the proceeds and the aquarium also going to Cape Town".