All in all, 2019 was a particularly exciting year for the German mushroom industry: A quite successful campaign for chanterelles was followed by a lousy porcini mushroom season, due to the heat in the Balkan countries. Meanwhile, the mushroom exotics and mushroom mixtures are becoming more and more popular with German wholesalers from year to year. In the middle of the Christmas season, FreshPlaza.de spoke with experienced mushroom wholesaler Uwe Buschhaus about the final balance of 2019, as well as the opportunities and challenges in the near future. 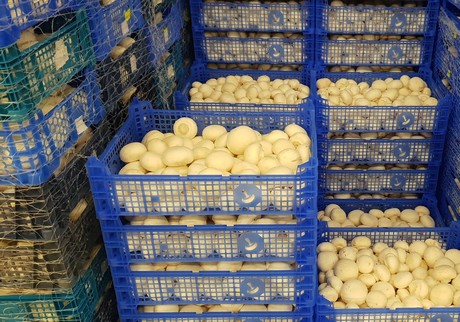 Mushrooms: Christmas demand could hardly be covered
December is one of the most important months for German mushroom traders every year: from the middle to the end of November - as soon as the first Christmas markets open their doors - the market for mushrooms records a considerable increase in sales: "The Christmas markets mainly require fine grading with a diameter of three to four centimetres. It is not the price, but the time spent on the product that is the main factor. In some cases, we can barely meet this demand for small white mushrooms, which inevitably leads to small supply gaps. The demand is estimated to be more than twice as high as normal." 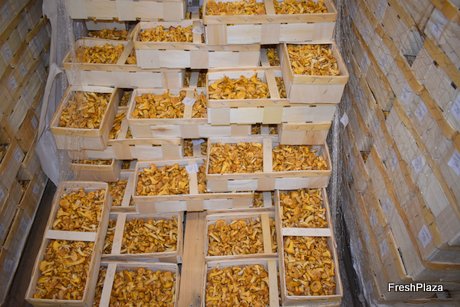 Fresh chanterelles in the company warehouse of the mushroom wholesaler in Meckenheim in summer 2019.

Although prices in the mushroom sector remain firm and stable, there have been considerable price increases in the past year, especially for Dutch mushrooms. As a result, more and more German retailers are orienting themselves towards the Polish market. "In the meantime, we are already buying the majority of our goods in Poland. We have been able to find reliable suppliers and receive the mushrooms from there every day", confirms Buschhaus. White mushrooms are still the most sought-after, brown mushrooms account for only 10 percent of the total turnover. The German mushroom cultivation is clearly lagging behind that of the neighbouring countries. "In view of the high demand for regionality, cultivation will perhaps increase somewhat in the coming years. Nevertheless, we will still source the larger volumes from abroad." 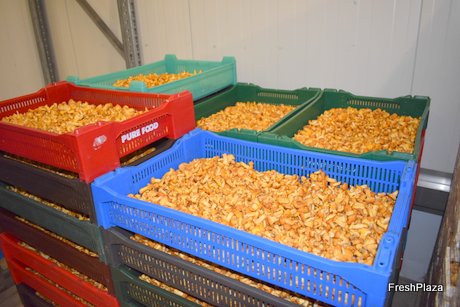 Chanterelles: Pleasing volumes, extended campaign
In terms of turnover, wild mushrooms are the mainstay of the specialist wholesaler. It is in this area that the most significant margins are achieved, Buschhaus said in a previous interview. "This year's season for chanterelles was quite successful: Compared to last year, we received significantly higher tonnages (by 20 percent). In all major growing areas, whether Russia or the Baltic States, there were higher yields, which is why we were ultimately able to continue the campaign into October. However, prices were slightly lower than last year, due to the abundant availability," says Buschhaus when outlining the season. 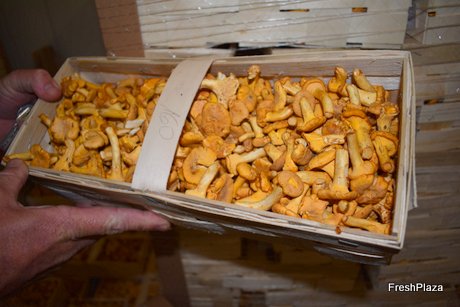 Chanterelles in a handmade wooden basket. 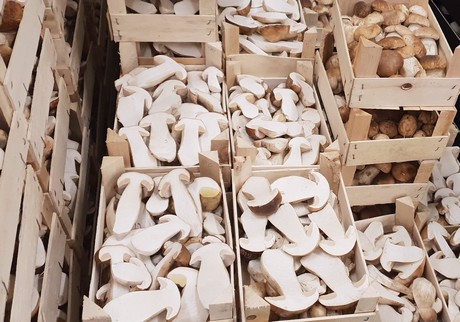 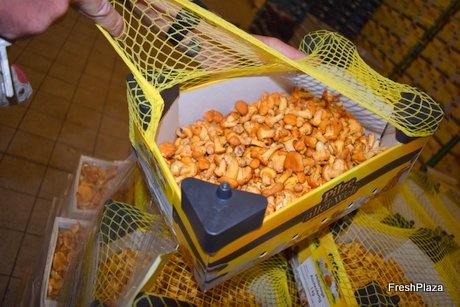 Mushroom exotics: The market segment of the future
The third pillar of the Witten-based wholesale company is exotic mushrooms. According to Buschhaus, this market segment has grown extremely strongly in recent years (by 10-20 percent) - regardless of whether it is shimeji or shiitake mushrooms. "We purchase a part of our exotic selection from German breeders, but a substantial part also comes from abroad." 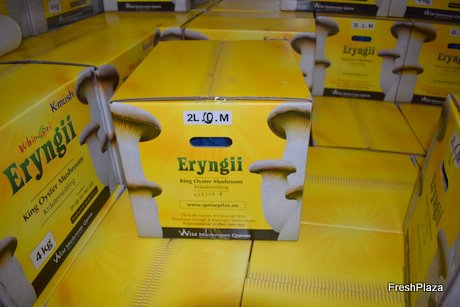 Meat substitutes & convenience trend favours mushroom industry
Despite the challenges of the modern trade, Buschhaus believes in the future market potential for the mushrooms. However, the industry must adapt to the current needs of the customer. "Consumers are increasingly  trying to eat healthier and are all looking for sensible substitutes for meat. This promotes mushroom consumption. In addition, we see a growing demand for mushroom mixtures in all variations. We offer different compositions with noble mushrooms or cheaper varieties, depending on the customer's wishes, in packs of 3 to 8 mushrooms. The standard variety with mushrooms, oyster mushrooms and shiitake, mostly in kilo units, is still most in demand. This service is particularly popular in the catering and cash & carry sectors." 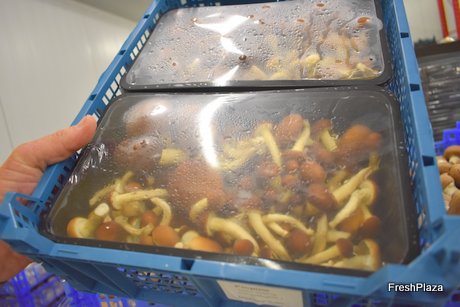