Uberization: the future of agriculture without producers

Business concentration in agriculture, as well as its "uberization", is not a recent issue. “It has been going on for years, and it is actually getting worse. In the current context, after the protests organized on November 19 in Almeria, it is time for the acting government to remain alert, even though the country's political difficulties may easily lead to instability. But it is time to plan the Spanish agricultural policy,” says Miguel Blanco, general secretary of the Coordinator of Agricultural and Livestock Producer Organizations (COAG)

"We need political stability at national and European level to resume our work in agricultural policy and the financial framework. Part of the UN's second goal is for the food industry to be based on sustainable agriculture. The summit in Madrid has been an ideal context to make a call, warning about the effects of the new world economic order on the social and family model of agriculture.

"The 'Uber' economic model has permeated all sectors, including Spanish agriculture, which is moving towards a producer-free concept. It is a paradigm shift for oligopolies, which turn self-employed professionals, small entrepreneurs and family farms into mere employees in precarious circumstances," says Miguel Blanco. 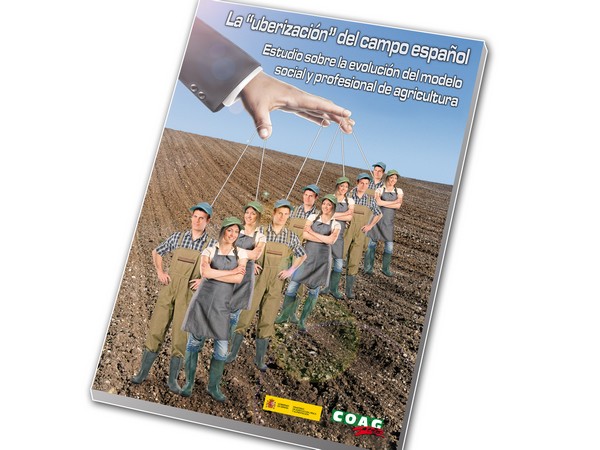 "The hard core cannot disappear"
“6.6% of the owners of farms account for 42% of the value of the agricultural production. These are commercial companies where investment funds have arrived or are about to arrive. Meanwhile, a total of 582,000 farm owners only control 3% of the production. This is an extremely precarious situation,” says Miguel Blanco.

According to the secretary general, we are talking about more than 350,000 professionals at risk. "This does not happen in other European countries, such as Germany, France, the Netherlands or Denmark, which have a hard core of agricultural producers with a strategic production and the possibility of generational replacement," he says.

"The publication of the study "The 'uberization' of Spanish agriculture” is a wake-up call from COAG, which has warned that we may lose the hard core of our agricultural production," says Miguel Blanco. 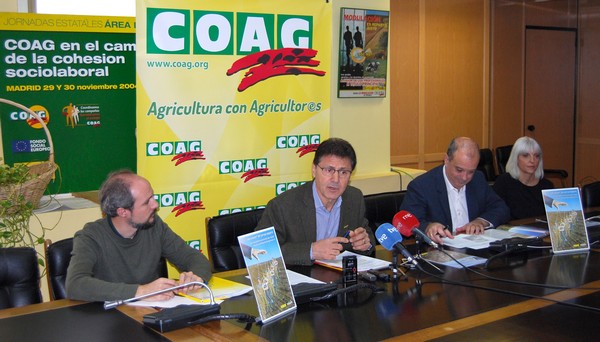 Miguel Blanco, general secretary of COAG, at the presentation of the study

"What do we need? Profitable prices, fair competition and social fabric"
It is a fact that the common agricultural policy cannot solve problems caused by social precariousness. The CAP is intended to guarantee a quality production. The key to profitability and generational change lies in having remunerative prices. The producers' profits rely on prices, and prices depend on the moves of large groups. Moreover, we depend on a chain of inputs (seeds, fertilizers, etc.) in the hands of oligopolies.

Trade agreements with third countries lead to the appearance of unsustainable competition. When playing with different rules, it is impossible to compete. That happens with many imports and free trade agreements. The European Union should regulate imports and strengthen the European market.

We have nothing to do in the face of uncontrolled deregulation and liberalization policies. At the same time, recently arrived investment funds with capitalization surpluses have set their eyes on well-established agricultural companies which monopolize the most strategic sectors. These funds aggressively displace local professionals. They do not aim to maintain the social and productive fabric; they seek business, and the accounts are relocated as soon as they cease to be profitable. Professionals cannot be relocated,” says Miguel Blanco.

2020, a year of protests across Europe?
“The protests in Spain are not an isolated event; they are becoming widespread. France, Germany and the Netherlands are also having theirs. 2020 could be a year of protests at European level; a revolt of the agricultural sector. Now what matters most is to have a recipient for those demands, so that negotiations may ensue,” says Miguel Blanco.