Yet another success for Fondazione Edmund Mach: as it established the complete sequencing of the 17 chromosomes of the pear genome, Bartlett cultivar.

FEM coordinated the international expert team that has just published this important result, an essential resource for the studies on pears in coming years, on GigaScience.

A first more fragmented version of the genome was obtained a few years ago by a research group FEM was also part of. But now the work is more complete and enabled the sequencing of all 17 chromosomes. The research activity, partly financed also by the Trento Province, confirms the high degree of repetitiveness of this genome and reports a high correspondence with the apple and Asian pear genome, identifying around 37,400 protein-coding genes. 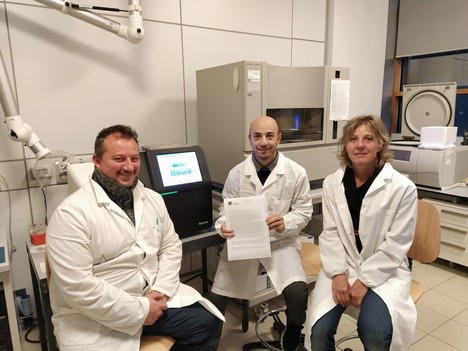 "This project is first of all a further testimony of the high scientific value of the genome research carried out in our labs as well as of the international network we are part of. Pears are not just a crop of national relevance, they could represent a further occasion of widening Trentino's biodiversity. In addition, this study enables us to acquire technical-scientific knowledge that we can transfer onto other species," explains FEM president Andrea Segrè. 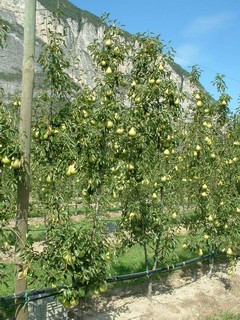 Pears are very important on a national level covering almost 30 thousand hectares and Emilia-Romagna is the main producer region. In Trentino, pear crops have had considerable importance in the valleys, but they have been downsized in favor of apple crops.

Companies part of the foundation have been performing experimental tests for years to study the breeding and productivity of a few variety and rootstock combinations. 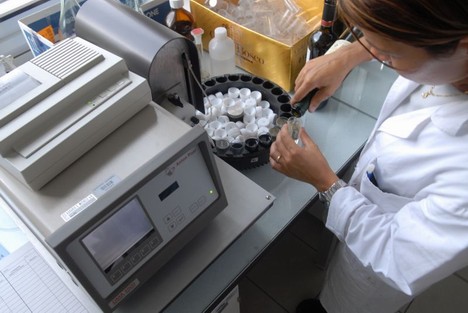 "The project started thanks to a close cooperation with the University of California (Davis) where two doctoral candidates from FEM spent a post-doc period. We then contacted the various partners and established this consortium dedicated to the sequencing of the European pear genome," explained researchers.

Researchers employed the most modern sequencing technologies to establish the sequence of the 17 chromosomes of the Bartlett cultivars. The data is available and easily accessible in The Genome database for Rosaceae managed by the Washington State University as well as in the journal database.