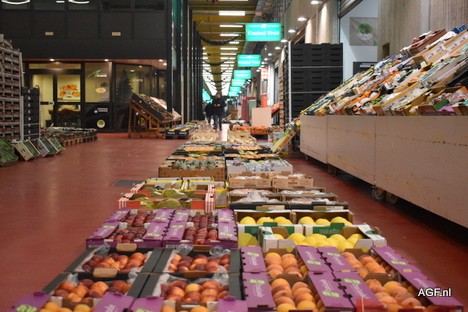 The Christmas sales at the importers of the European import centre in Brussels is no longer like it used to be. Last Wednesday it was remarkably quiet in the centre. "It might be busier this weekend, but I'm not certain of that. During the holidays, cooking is no longer the same as it used to be," notes a trader. "The younger generation either eats out or they book a flight and leave for a few days."

"A bright future for Spanish mangoes"
Despite the quiet Wednesday morning, the traders of W. Jonckheere are positive. "We have had a good year. We have had a great summer fruit season, but our exotics also did very well," says Cédric Geens. "We sold a lot of Spanish mangoes this year, but even today there are still many different varieties available. The quality is top notch and compared to the air freight mango we can offer the Spanish for a much lower price. I see a good future for the Spanish mango. " 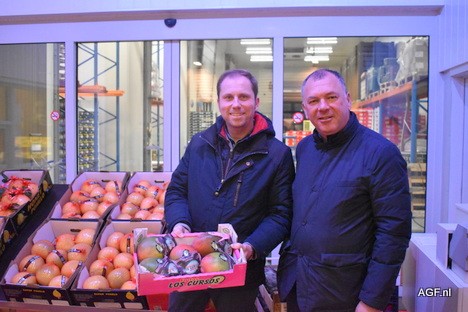 "Avocados have also been unprecedentedly popular this year. Despite the high prices in recent months, demand was very good. Currently, the market is normalising again and prices are at a more normal level," said Cédric. "We also have Florida grapefruit in our assortment again. Because of the low supply the prices are sky high, but the demand is good. It is a beautiful product with a very good quality." 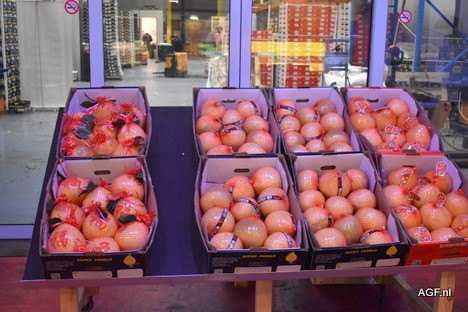 "Pomelos are also gaining in popularity every year. Not only with Asian customers but actually with a very varied audience," says Geens.

French kiwis
"It is once again time for exotics. Exotic fruits including passion fruit and lychees are selling well at the moment. In addition, the French kiwi season had a good start. A little less volume was picked this year, but the quality is good. Because of the low volume, the price is at a fairly high level, just like last year, but the high price has little impact on the competitive position of the fruit: there are currently only Italian and Greek kiwis on the market and, in terms of quality, these are below the French kiwis, "says Jan Vermeiren of Exofi Fresh Market. 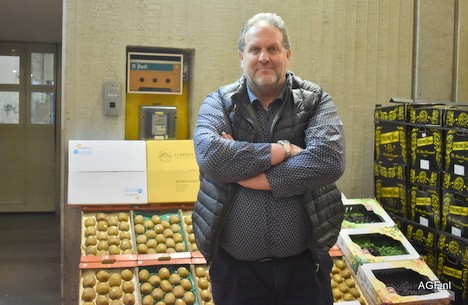 Jan Vermeiren for the French kiwis

"Due to the floods in Kenya and Spain, there have been some problems with the supply of pods. There is supply at the moment, but part of the production has been lost," said Jan. "Because we work with so many different products from so many different countries, there is always something going on. If it is not a storm then it is a drought or a strike. That makes the work varied and exciting." 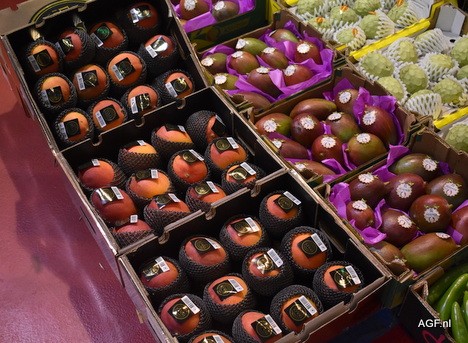 "Aircraft mangos from the own brand of Exofi Fresh Market

Top citrus season
"We have a top Spanish citrus season this year. There are fewer volumes on the market this year, but we have sufficient supply," says William Willems of Central Fruit. "We have such good relationships with our suppliers that we are always assured of good quality and the required volumes. With this season we can end 2019 nicely and hopefully start the new year well." 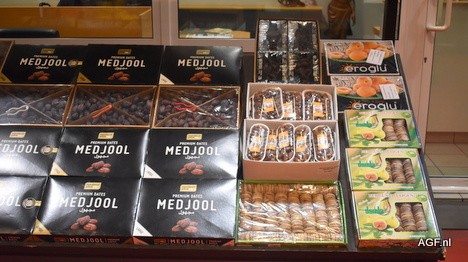 "Dates not traditional Christmas products"
According to Laurent La Morella of Lorre, dates are not traditional Christmas products. "Dates are eaten a lot when temperatures drop, but currently the temperatures are too high for the time of year. Israel is now in production and we can be satisfied with the quality. In addition to the popular Medjoul date, I see the demand for the cheaper dates from Algeria rise every year. " 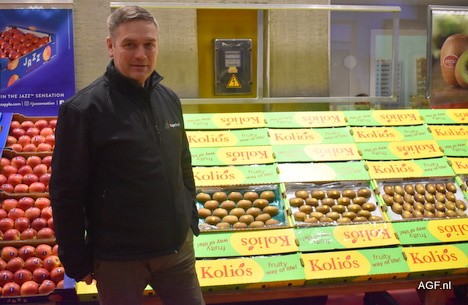