“I expect the lines between organic and conventional cultivation will fade”

Hot and dry weather made 2019 a difficult year for the Polish carrots. Growth was slow and quality is not at the level it was in previous seasons. One Polish vegetable producer claims the stressful conditions are the cause.

GPOiW Polfarm is a Polish vegetable trader that mainly deals in carrots. According to export manager Michal Gulczynski the year was not able to reach its full potential. “This year was a very difficult one due to extreme weather conditions. During the growing period of the carrots we experienced very dry and hot weather, which meant the carrots took longer to reach maturity. At the same time the fields had to be watered more often, increasing the cost of the cultivation. We’ve also seen that the harvesting was done quite early, meaning the carrots that are sold right now have been stored in cold chambers for longer than usual. I assume the weather and storage conditions have been stressful for the carrots and have contributed to some quality losses.” 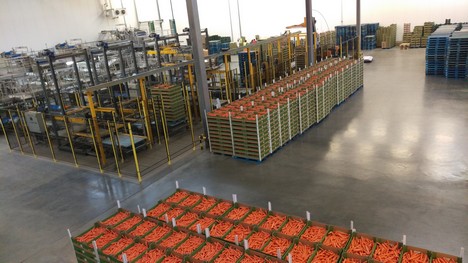 The quality issues are worrying the Polish carrot traders, as the season is still long. “If there are quality issues in December, what is March or April going to look like? The situation isn’t terrible, but we have to keep our eyes open and get ahead of the quality issues,” Gulczynski explains. “And there is some hope, as the harvesting time in November and December came with some very good weather conditions. This means the carrots could recover in the last few weeks. The capacity of the harvest per hectare also exceeded the expectations we set during the months before.”

Another major challenge in 2019 came with the demands of the supermarkets. Although the carrots that GPOiW Polfarm grows are done so in a conventional way, supermarkets are requiring the growers to deliver the carrots with zero residues on them. “The supermarkets call this campaign ‘Zero residues on conventional production’ and it’s provided quite a challenge, as 90 per cent of our produce is sent directly to retailers. If you ask me this will be the new trend and the lines between organic and conventional production will fade as time goes on.” 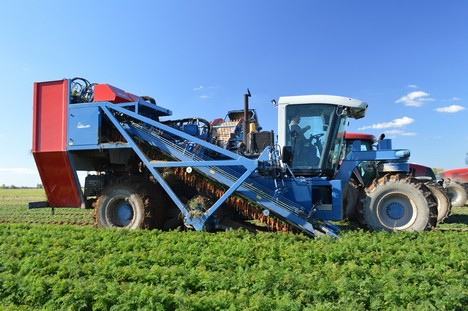 With 2020 coming up, Gulczynski admits that they want to increase their acreage for organic cultivation next year. “We’ve already started with organic production this year and would like to expand on it in the new year. As with the zero residues demand, general organic demand is growing as well. We also want to focus on food safety and adhering to the zero residue rule on all of our vegetables. As for new markets, we’re located in the North of Poland. This means Scandinavia would be a very interesting market for us, even though the market is very demanding. We have all the certifications we need and will be looking to enter this market in 2020.”