“Vegetarian dishes are becoming popular in Sweden at Christmas”

Everybody is getting ready for the Christmas season, which means a spike in seasonal products. What these seasonal products are, though, can differ per country and culture. Anita Jansson of Swedish import company Hebe Fruits and Vegetables says: “The traditional Christmas food in Sweden is very similar to our Easter and midsummer foods, only a bit heavier. Kale is a popular ingredient in many dishes, for example. A lot of new dishes have been added to the Christmas repertoire in the past few years though, and they often are very heavy on the vegetables. People want to increase their green eating so a lot of vegetarian dishes are being served for Christmas.” 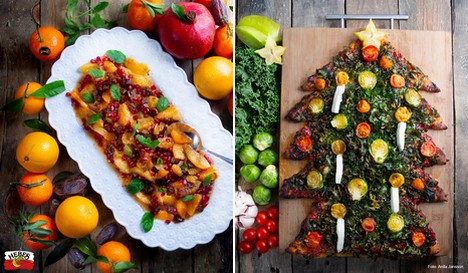 She adds: “Some of the most popular Christmas vegetables in Sweden are kale, Brussel sprouts, red cabbage, potato, onion, beets, and fresh herbs like dill and chives. For the fruits we see a rise in demand around the holidays for citrus, pineapples, grapes, pomegranates, and red apples like the Swedish Ingrid Marie variety. Of course we also see that dried fruits like dates and figs are popular around this time of year too.”

Celeriac has been becoming more popular lately around Christmas time: “It is used as a vegetarian alternative for roasted ham,” Anita says. Besides the new vegetarian dishes that are often added to the menu for Christmas, consumers are also more often opting for fresh herbs rather than dried. Anita shares: “One example of this is ginger, which is a typical Christmas spice. Since the health benefits of fresh ginger have become common knowledge in the past few years we see that the consumers are using fresh ginger instead of dried. We have also been seeing a steady increase every year in fresh herbs like rosemary, basil and mint, among others.” New general trends
New holiday trends are showing a focus on health and sustainability, but these orientations don’t appear just for the holidays. Anita says: “One trend that is really important for people in the produce business is sustainable packaging. All of the climate discussion have brought on strong demand for alternatives to plastic packaging and we have to listen to that. Our clementines are in carry bags made of paper instead of plastic and this has been really popular with consumers.” 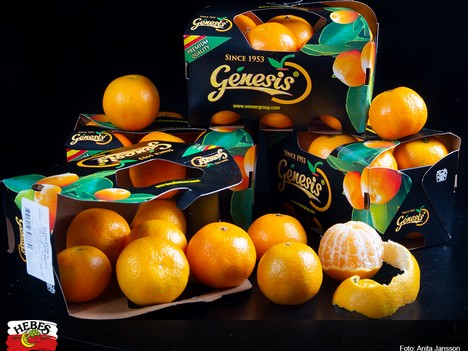 Another example of demand for increased sustainability is the popularity of locally grown product. In order to address this, Hebe has started working with a grower of Swedish cycle cultured tomatoes that are grown without pesticides. “They are called ‘Peckas tomater,’ and they are able to grow year-round in the greenhouses. It has been really nice to offer Swedish tomatoes all year without disruption. The packaging is made of carton instead of plastic, and so they are a big hit with Swedish costumers on both the locally grown and the plastic alternative fronts,” says Anita.

New merger expands the company
On December 2nd, Hebe Fruits and Vegetables acquired all the shares of Kinne-Frukt Aktiebolag. “Lasse and Pelle , the owners of Kinnefrukt, felt it was time for them to make an exit. Since no one in the family  was inclined to take over the company, they contacted us at Hebe,” Anita explains. “They wanted someone with the same values and background in the business to continue to run the company so that their legacy could continue. Hebe Frukt & Grönt, also a family run company, has been in the fruit and vegetable business since 1939 and is now run by the third generation and Kinnefrukt has been active since 1953, so it felt like a perfect match.” 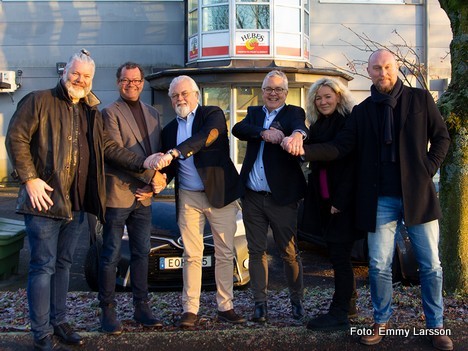 The merger resulted in a big expansion for Hebe Fruits. Anita says: “Kinnefrukt has its base in Lidköping, north of Gothenburg, so we will cover distributions to stores in a larger area. These supermarkets will also have access to the service, marketing material and products we provide at Hebe, something they didn´t have before. We will also have more muscle to import together, since our combined purchasing power will increase with 25%. Hebe Fruits & Vegetables today has net sales of €42 million and Kinnefrukt has sales of €12 million. Now that we have merged, we are one of the largest independent, private owned wholesalers for fruits and vegetables on the Swedish market,” Anita concludes.