“We made the papaya a staple item in European stores”

Though still seen as an exotic fruit by many, papayas can be found at almost any major retailer in Europe and North America. HLB Tropical Food, which was formed in Germany by Homero Levy de Barros, was a major player in the development of the papaya market in Europe. When Levy de Barros moved to the US with his family to set up a new independent branch of the company which was called HLB Specialties, they also helped grow and develop the North American market. 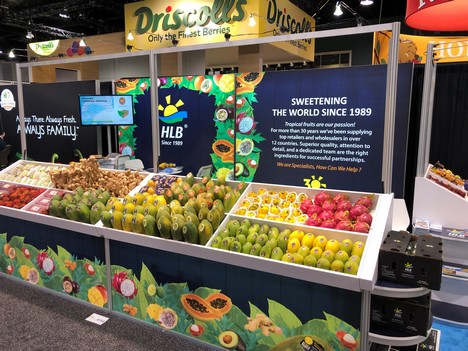 Air freight allowed for more maturation, more flavor
HLB was able to transition the papaya from being a niche item to becoming a staple in the market by changing the way in which it was imported and marketed.

“In the early 1990s in Europe, the papayas on the market were mostly brought in mostly by ocean freight. The deliveries were inconsistent in their arrivals and their volumes and the fruit was picked much too early to ensure it didn’t go bad during its 2-week transit. The food that arrived in Europe was still green and didn’t have much hope of further maturation or developing its flavors,” Hartmann de Barros explains. 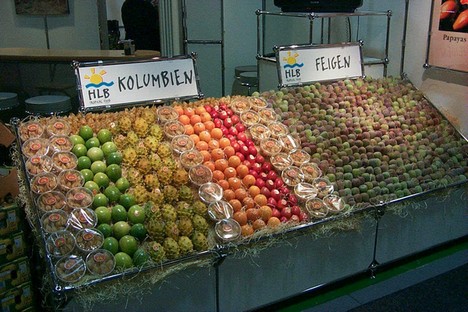 When HLB began importing the fruit, all of this changed. “We work with the Caliman brand of papayas, which are tree ripened and brought in by air freight. This means that the papayas had a transit time of only two days instead of two weeks and the growers were able to keep the fruit on the tree much longer before harvesting and sending them. We changed the way the fruit was introduced to consumers by displaying fruit that had 50% color on it rather than fully green fruit. This made the fruit much more attractive to the customers because they buy with their eyes.”

As the company began supplying consistent and frequent deliveries of this ripened, flavorful fruit, the market began to grow. Soon, competing retailers saw this new way of displaying papayas and started making similar displays and adopting this new approach of selling the fruit with some color and maturity.

Breaking into the North American market
In 1998, the US authorized the importation of Brazilian papayas. This prompted the HLB family to move to Florida to open up an independent branch of the company: HLB Specialties. In close cooperation with Caliman growers in Brazil, they introduced the Brazilian papaya into the United States. “Prior to the introduction of the Brazilian product, the market for the small papayas was supplied by product from Hawaii and Jamaica. There was a lot of growth potential in the U.S. papaya market, and we were able to supply the Brazilian product at very competitive prices because we had very high volumes. So we were able to grow exponentially in our first few years without displacing the Hawaiian or Jamaican product, because there was enough room for us to add to the market,” Hartmann de Barros shares. The company quickly began receiving 150 pallets a week, which is equal to about 22,000 cases – and the increased offering helped increase the demand. 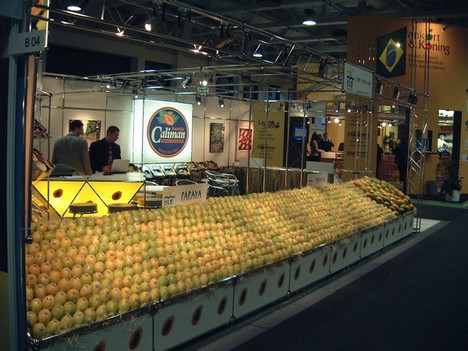 In 2010, the company began bringing high volumes of the Formosa papaya into the US. Prior to this, HLB Specialties worked mostly with the golden papaya, which is a small variety. Hartmann de Barros says: “The Formosa is a great variety which was immediately really well received in the US market. This is because this variety is great for families as it is much bigger than the golden papaya. It competes with the Maradol variety, which is from Mexico, but the Formosa has an easier ripening process and that means it has a better shelf life. It is also appealing to costumers because the Maradol needs to be fully yellow to be ripe, while the a is ready to eat with only two or three stripes of yellow on it.”

“Currently, we are working with a new papaya variety: the Samba papaya. This variety is similar in size with the golden papaya, but it is an improved version which has been very popular already. Just like all of our other papayas, this is a non-GMO variety and we are very excited to further develop the market for this and other papaya varieties,” Hartmann de Barros concludes.

Rambutan brought to consumers
In 2016, the company introduced rambutan in clamshells to retail stores. Melissa Hartmann de Barros, HLB’s Director of Communications, says: “Rambutan was available in the US prior to HLB’s introduction of it – but this was primarily through wholesalers and specialty distributors who catered to a specific market. We strived to introduce the fruit directly to consumers through retailers and we were really pleasantly surprised at the great response we saw.” 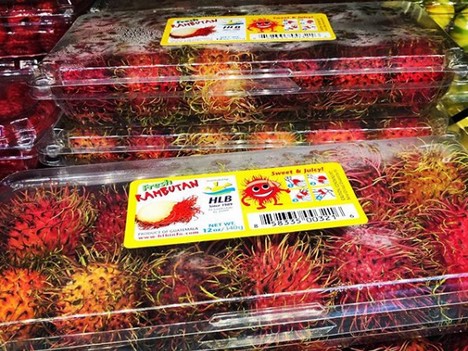 This year, the company celebrated it’s 30th anniversary and are looking forward to expanding their offering of exotic fruits in 2020.