We must avoid damaging the market by hurrying to commercialize

While the orange campaign has been going on for several weeks now, the production of the blood orange in Sicily has started as well. To take stock of the situation, we spoke with Pietro Russo, a historic player Italian and European agribusiness.

"With the production, the export of Moro blood oranges has also started well in advance this year - said Russo - given the already adequate state of maturation since the first week of December. The fruits have a good coloring inside and a pleasant flavor, with an optimal acid/sugar ratio. This has led to an excellent reception on the international markets and especially in the Scandinavian countries, where we have recorded the immediate reiteration of the orders and a prospect of continuity throughout the campaign".

If in general the availability of the product has shown a decline due to aggressive diseases such as the tristeza virus, Russo reveals a turnaround for this season. 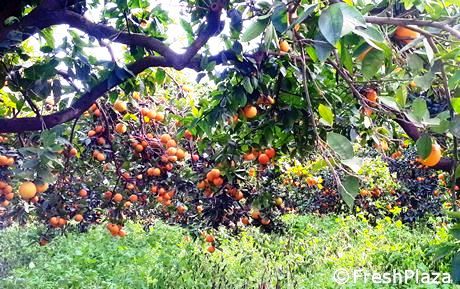 Better prices and higher yields than last year
"The production of Moro and Tarocco blood oranges is increasing compared to last season - the entrepreneur said - with a 20% greater availability, while the calibers are within the average range, thanks to the abundant rains that we had in October. From this point of view there should be no commercial problems. The prices are satisfactory as of now; as a good batch of regular caliber, il Moro is listed at around € 0.35 per kg, with collection charged on the buyers.

"Foreign market forecasts - the expert explained - seem to be good and prices should not undergo significant fluctuations, also because the production of Moro has been almost all sold by now, and is in the hands of commercial operators. However, we hope that the same events of the past do not occur, that is a forced drop in prices due to the hurry on the part of traders to get rid of warehouse stocks; this always ends up affecting the remaining part of the commercial campaign, that could otherwise go on for a long time time again and at high prices, even in the presence of lower calibers, given the gradual lack of product".