The North American import season for sweet potatoes has already begun at Greengoose. "Last year it was an unprecedented season with large shortages and high prices. Now we are getting more into a normal market situation," says Christiaan van der Goes.

"At the moment the prices are at a lower level, but people in the United States are quite upset because they can make good money locally. Last year there was a real wake-up call and as a result contracts for a lot of money were agreed," says the importer. "They will have to be careful that they do not price themselves out of the market." 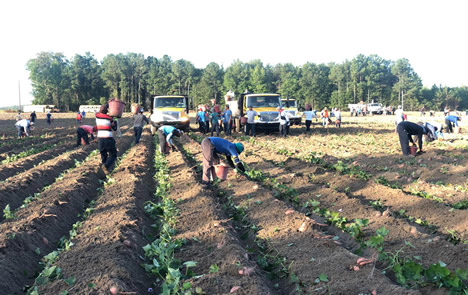 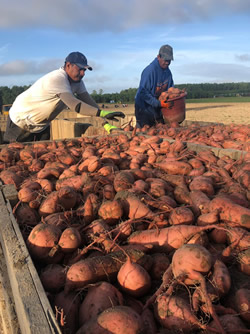 "Thanksgiving is the holiday in the United States for sweet potatoes and then they only want the big sizes. As a result, many small sizes have been sent to Europe, causing the market to collapse. But the trade that is currently coming in, is all on a program basis, "says Christiaan. "For the coming weeks I expect a normal market with its traditional ups and downs. If there are shortages, this will only be around April. But last year we saw how fast it can go!"

"The Spanish and Egyptian season has now largely happened. There is still supply on the market, but that is decreasing in quality and will find its way more locally, so that the focus shifts to the overseas product from the United States and Honduras," expects Christiaan. "Egypt did, however, deliver a good performance this year with a high-quality product, as a result of which customers were not easily inclined to switch to a more expensive American product."

In many places in the world people have started planting sweet potatoes in recent years. Nevertheless, in the short term, Christiaan is not afraid of an oversupply. "In any case, these new growing areas need a few years to build up the knowledge of cultivation. A country like Egypt has also taken five years, but they are now getting the hang of it. That is why it will undoubtedly start to disrupt the market, but on the other hand, sales of sweet potatoes in Europe are also on the rise!"