The Australian Banana Growers’ Council (ABGC) has appointed two new directors and said farewell to a long-serving board member at its recent Annual General Meeting.

Mr Day was succeeded by Sweeter Banana Co-Operative Business Manager Doriana Mangili, who brings a wealth of banana knowledge to the role, along with her business background. Ms Mangili has worked at Sweeter for more than a decade, beginning as the Marketing Officer. She is currently serving the national banana industry via the Banana R&D Strategic Industry Advisory Panel.

Chair Stephen Lowe and Deputy Chair Leon Collins will continue in their executive positions, while Ben Franklin takes over as Treasurer from Stephen Spear.

Mr Spear, the Board’s New South Wales representative, will stay on as a Director. Also joining the board for another term are Paul Inderbitzin and Jade Buchanan.

“I’d like to first pay tribute to Tom Day, who has ably represented our Western Australian growers for almost a decade,” Mr Lowe said. “His many years of experience will be missed but I know he feels, as we do, that he is leaving the position in steady hands with the appointment of Doriana Mangili. Ms Mangili has achieved fantastic things with Sweeter Banana Co-Operative in Carnarvon and we look forward to working more closely with her over the coming years.”

Mr Lowe also welcomed Mr Serra to the board, noting his clear passion for the Australian banana industry. “Mr Serra will be a familiar face to many, having taken on various representative roles, been an active member of the industry’s NextGen group and a well-regarded grower in Far North Queensland.”

Mr Lowe thanked outgoing Treasurer Stephen Spear for his three years overseeing finances. “As we enter the next decade, I’m confident our industry is in very good hands with this influx of skilled directors on the ABGC board,” Mr Lowe said. “2020 will no doubt bring its own successes and challenges, but I feel our diverse set of skills and experiences will ensure we continue to fulfil our role of advancing the interests of banana growers, right across the country.” 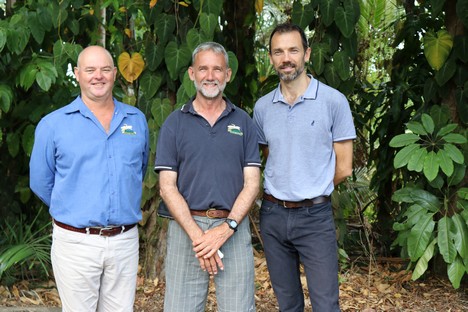