An innovative table grape grower in Victoria's Sunraysia region is looking to improve the quality of exports to Japan, through the introduction of cool chain technology this season.

Owner of Budou Farms, based in Merbein South, Enrique Rossi says this year the business is going to be using both on farm cool room and voyage container sensors, to monitor temperature variations and increase overall quality to their main destination.

"We are using a lot of alarms connected to the cool rooms, so any spike in temperature, up or down, we will get an alert and adapt accordingly," he said. "We can check the whole process, until arrival in the port in Japan. We think we are going to be able to lift the game and making sure all the produce can be monitored from the farm to the buyer, using the best cold chain possible." 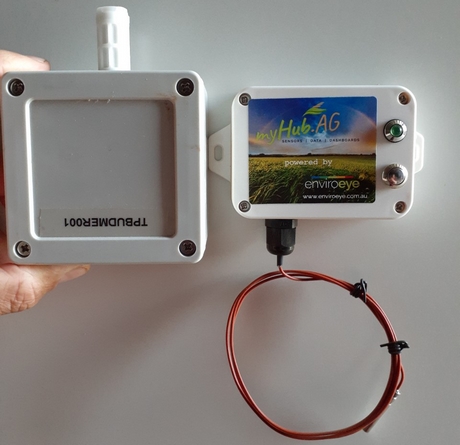 Budou Farms is running 2-3 weeks late in terms of production, and Mr Rossi says it mostly because of the dry spring, which has taken careful farm management to minimise crop damage.

"We have good crop in terms of quantity," Mr Rossi said. "But we still have to finalise what the final quality will be, as the season is later than we expected. It has been very unusual weather temperatures, and the lack of rain hasn't helped. We have been controlling the crop load, and doing any technique that we can to prevent over cropping the vines, minimising water usage. We are managing degradation water usage, and have a lot of technology on farm including moisture sensors and weather stations. We are doing the best we can to be more efficient with the water - including watering at night, nutrition and canopy management." 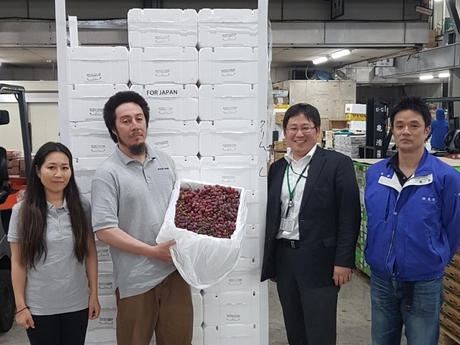 Japan is the company's main export market, with 99 per cent of international supply going to that country, but Mr Rossi says he expects a competitive season with Chilean grapes increasing their volumes into Japan.

"There are big volumes due in February and March, and that is putting competition on pricing," he said. "Chile arrive earlier, as it is a longer voyage, and they have all varieties to supply to Japan, whereas Australia, we only have three varieties, but only ship two. We have a shorter voyage, which is our advantage, meaning the produce is fresher. So, quality this year is going to make a big difference - that why we are doing things different; like different packaging and shed packing. But overall, Japan is a strong market and we have a lot of competition, this year at least." 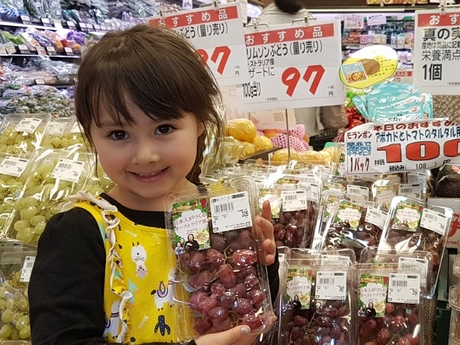 But in the future, Mr Rossi hopes it is not just the Japanese market that will be the main focus for production, with is a number of new varieties that Budou Farms is looking to diversify their market potential.

"We planted this year a variety called Maylen®," Mr Rossi said. "We just planted it and we have the first trial vines that have fruit on them and are looking very good. In terms of size it is looking very good, and we are exploring it for a different market, to diversify when the block that we planted is in full production. Hopefully in two years, the Japanese market will allow new varieties from Australia, and we can send this one as well. It colours well, and we expect it will be earlier than our main variety Crimson. It has a bigger size and we have noticed some very good post-harvest qualities. Therefore, it would be good for longer shipping or storage. We will have the final picture after this season."

Mr Rossi added that the trend on the international market is to move towards the reduction of waste, so Budou Farms has introduced fully compostable liners.

"We were looking for alternatives, and found a company in Cape Town called Superior Packaging that produce these liners," he said. "So, we are doing some testing with our supply into Japan, which is very interested in less wastage. We are going to give it a good test, because Australian weather conditions in summer could be too hot for the material. But it could be a benefit, not only for the environment, but it is a marketing tool, and something that we want to do as well, because it is a win-win for everyone." 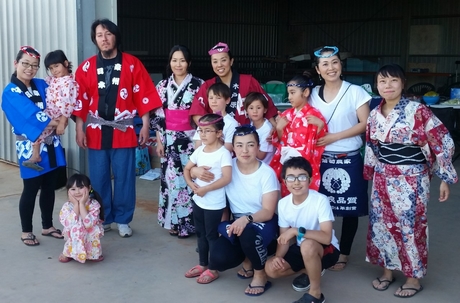 One of the yearly traditions at Budou Farms is the annual Matsuri Festival, which Mr Rossi says is also known as 'the blessing of the grapes', and for good luck for the rest of the region. This year especially, the focus was on the need for rain at the right time of year.

"It's a symbolic act, but keeping with tradition," he said. "My wife Junko Matsuzaki is Japanese, as well as a number of families in the local community, so we wanted to keep the tradition and invite a few growers around. The water situation is pretty bad. The price has increased 7-8 times; we knew it would, so we planned for it through budgeting, but there's not much we can do if it continues next year. It will be a big challenge, but we want to be positive, not just for grapes, but all growers across Australia, that it will rain and we will be fine." We must be positive to stay in this business, so we need to adapt to the conditions."