"As an agency, we concentrate on all of Europe's major growing regions."

Murat Türengül took his first steps in the fresh produce industry back in 1991. Since then, the committed retailer has worked, among other things, at the Bremen wholesale market, where he was able to establish excellent relationships with partners and customers at home and abroad. This year - after a 28-year career in the trade - he decided to continue this business activity under the new company name Nord Frucht.

The original company Ürer Food LLC was founded several years ago. Over the years, however, the then founder of the company or the nephew of the current owner had increasingly concentrated on his second field of business, mobile telephony, and ultimately transferred the company. The new man at the helm has completely restructured the company appearance and now wants to gradually expand the business activities, Türengul says. 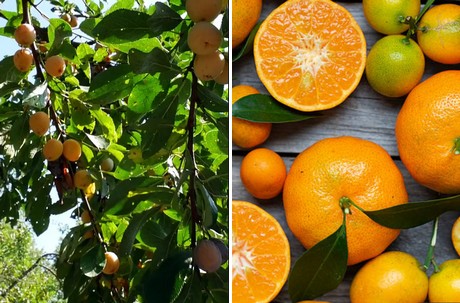 Turkish satsumas are selling well at this time.

Direct imports from all major growing regions
Nord Frucht LLC views itself as a pure agency and works without stocks. The merchandise is sourced from all major import countries, whether the Netherlands or Spain, Italy or Turkey. Fresh food from Turkey nevertheless delivers the core assortment of the company: in summer, the company focuses mainly on sweet cherries and sultana grapes, but in winter, other products dominate the scene. "We are currently trading mainly pomegranates and satsumas from Turkey. We can buy vegetable specialities such as Turkish peppers all year round."

Partnerships with independent supermarkets
Citrus fruits of all origins are well received during the cold season. "Italian leaf clementines can be sold quickly at the moment. We purchase these from a selected producer and market them here under our house label Nord Frucht", says Türengul. The company's main customers are independent supermarkets within a wide radius: "We have already been able to establish partnerships with larger retailers with a sales area of around 500m2. I would like to continue to exploit this target group in the coming years.