Research is underway by the Queensland Department for Agriculture and Fisheries, aimed at improving the profitability of the Australian pineapple industry.

Principal horticulturist Garth Sanewski says the domestic industry is focused predominately on the fresh market, and potential exists to improve profitability and expand production. His research team is working to seek varieties with high eating quality and greater resilience to more extreme weather.

"A major focus of current breeding efforts is to improve yield, improve resistance to the root rot pathogen Phytophthora cinnamomi and improve resistance to flowering in response to cold and drought," he said. "Some diversity exists within the pineapple species for different flavours and it is likely subtle new flavours will be incorporated in new varieties. New varieties should be comparable or better than current varieties in terms of consistency of eating quality." 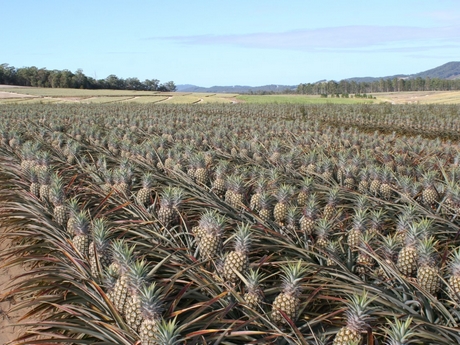 Challenges such as rising production costs and a changing climate are impacting the industry’s profitability, while competition from other fruits is always present. He admits that, at this stage, there is little to no competition from imported pineapple, although entry is permitted and it is possible for imported fruit to be present at any time.

"Pineapple is a highly scheduled crop which aims to provide some control over marketing in terms of supply volume, and control over labour requirements," Mr Sanewski said. "Anything which impacts on scheduling and the uniformity of crops, impacts on profitability."

Spontaneous flowering (usually called natural flowering or NI) is common in Australian pineapple fields and has a major negative impact on profitability and marketing. Mr Sanewski says individual fields at certain times of the year can exhibit 10-20 per cent, although a much higher incidence is possible. It is expected that new varieties incorporating genetic resistance should reduce NI to negligible levels.

He added that the development of disease resistant varieties and varieties less susceptible to flowering from environmental stress is essential for the continued profitability of the Australian pineapple industry.

"Plants are usually grown for about 12 months at which time they are large enough to produce a single optimum size fruit sought by markets and so are induced to flower at this time," Mr Sanewski said. "Pineapple can however flower before that time in response to extreme environmental conditions such as excessive rain and waterlogged soils, drought, high temperature, low temperature or damage from high winds or hail. These plants produce a small fruit which requires extra labour to harvest as they are scattered through fields." 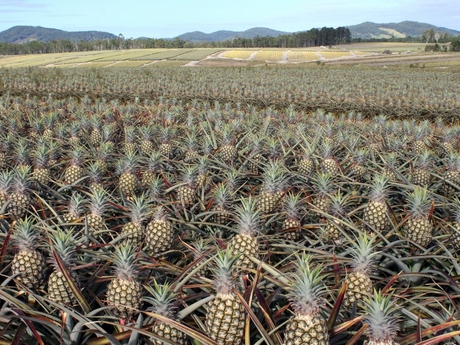 Mr Sanewski has more than 27 years of experience in pineapple breeding, and the current project is in the second year of a 5-year program. It is based on conventional breeding methods using pollination, but makes use of the latest genomic and marker-assisted selection.

"A range of strategies are used to manage crops to achieve uniformity," he said. "These include grading planting material for uniformity, irrigation where possible, sunscreens to minimise sunburn, adjustment of soil pH to inhibit root disease and the strategic application of pesticides. The aim is to maintain growth at a steady rate through all conditions."

The first selections have been made which will now undergo multiplication and further testing. Some varieties from previous breeding efforts are currently on farms under test.