Most of the crops grown in the Metapontino area (Basilicata region), and more specifically in the territories of Scanzano Jonico and Policoro, were promptly restored, after being hit by a whirlwind on 12 November 2019.

"Outcome monitoring showed that the strawberries are restored in almost all the affected areas", explained Salvatore Pecchia of AssoFruit Italia, who also added: "The strawberry seedlings have not suffered any damage, as a result of both the farmers' promptness and the subsequent mild climate. Growth is proceeding at a steady pace". 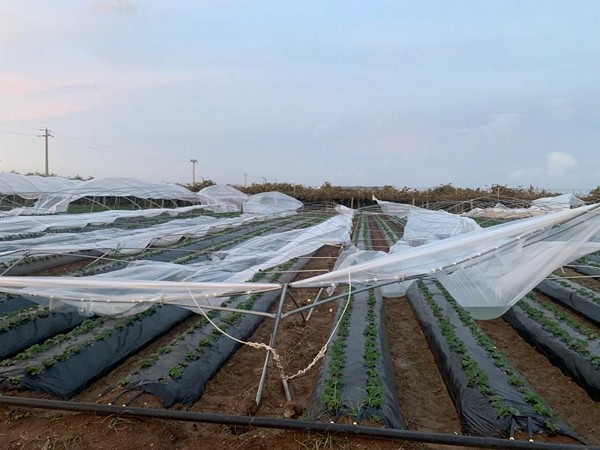 "After this event, many farms had been struggling with difficulty: some were able to recover thanks to their own resources, but others had to ask for financial support from the banks. There are also farms that are yet to restore their structures, because they do not have the economic means to do so, especially those whose crops were already being harvested, believing it was disadvantageous to reinstall the tenso-structures.

"Farmers are going through a difficult time. Not only we are still recovering from anomalous weather events that happened in Spring, but commercial trends also lack in opportunities. As an example, peaches and apricots were not the most successful, neither were strawberries and other references. As a result, the farms can no longer bear the costs.” 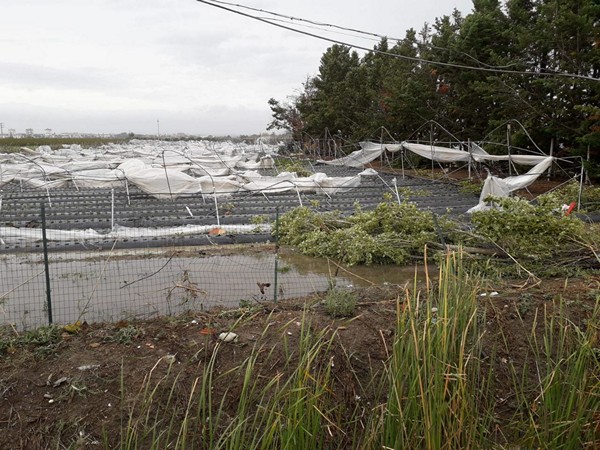 Matera and the whole Metapontino area received only about 50,000 euros (48,977 euros precisely) for this last atmospheric event, compared to 2,350,000 euros allocated to region Campania and 898,000 euros benefited by Apulia. These funds are part of the 100 million euros allocated by the national government to face the emergency caused by the weather events of October and November. It represents a ridiculous amount for region Basilicata, given that the losses in the agricultural sector alone are estimated 10 million euros, plus a further 8 million euros for Matera.