"Delay in Indian grape season will cause gaps in the supply"

The Brazilian grape season has come to an end after a season that had significantly lower volumes than last year. Brazil sent in around 15% fewer containers in total to Europe this year than in 2018. "However, the continental European grape supply from Brazil saw a 28% decrease in the most important shipping period since September," says Geoff Green of Capespan. "Peru is also a lot less active on the continental European market than it was last year. Up until week 49, up to 28% fewer seedless grapes were shipped from Peru to continental Europe, while the loads to the UK fell to 18%. " 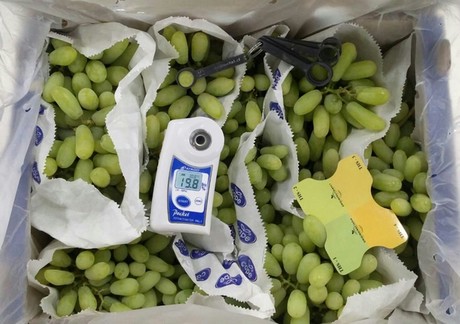 Paper Cape packaging is being used more and more

South Africa and Namibia
"Currently, South Africa and Namibia are in full swing," said Geoff. “Namibia has loaded the same volumes as last year around this time. South Africa was slightly delayed in shipping, causing shipments to Europe to be delayed by about 10% until week 50. The Chilean grape season will also start soon, but not yet in Europe. India has sent small volumes to Europe in the last two years in November and December, but this will not be the case this year. In fact, India is not ready to ship to Europe until the end of January. This will cause some gaps in the market, because everyone is used to India coming to market earlier and earlier in recent years. ”

"Growing production driven by China"
“Although there are fewer import grapes on the market this year, European fruit has been on the market for a very long time and that is still there. It is difficult to oversee the entire supply, but the outlook has been good since the start of the Brazilian season. Especially for the white seedless varieties," Green concludes. “Despite the fact that there are fewer grapes on the market this year, worldwide grape production is actually increasing year by year. The growing production is largely driven by China, they represent around 45% of the total worldwide production of 23 million tonnes. In addition, they export more grapes every year to a wider range of markets worldwide. " 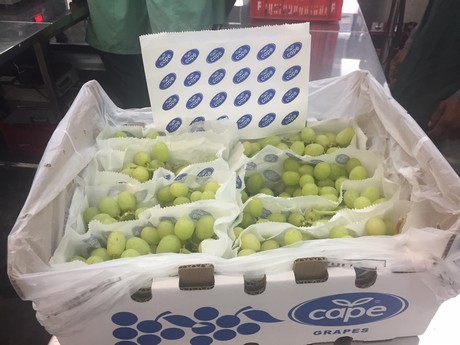 Packaging and supply chain
The grape-producing countries are still investing heavily in new varieties. However, not always as extra production, but mainly as a replacement for the older varieties. Countries like India and Egypt are also starting to plant the newest varieties. “A lot of innovation is also in packaging. All types of new materials are being tested for grape packaging. From biodegradable punnets to compostable punnets, liners and carry bags. There are already markets that have made the complete switch from plastic bags to paper bags. Efficiency in the supply chain is also very important. But the choice to package grapes in the country of origin or in the market is still a choice that everyone is struggling with,” concludes Geoff.